Opening the Door: is There Any Good Reason Not to Accept Proposals?

Opening the Door: is There Any Good Reason Not to Accept Proposals? 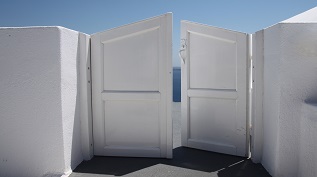 Because most of our readership is grantseekers, whenever I talk to program staff in the course of reporting, I’ll usually ask how people can apply for funding. At which point, some will get sheepish and explain that they’re not accepting proposals, usually offering one of a handful of reasons:

If you’re reading this and you’ve said one of these things to me, I promise, I’m not personally calling you out. These are common explanations foundations give for not allowing people to come to the party without an invitation. In fact, it’s the status quo. If you go to Foundation Center and check their search engine, you’ll find that out of around 144,000 non-government grantmaking institutions in their database, only 32,000 indicate that they accept applications for funding.

That’s 78 percent that don’t offer a way to apply for a grant. According to a 2015 column by Pablo Eisenberg in which he argued that we should legally require more foundations to accept uninvited proposals, that number was 72 percent, and 60 percent four years earlier. So it seems to be getting worse. Many of the foundations of the new living donors that we report on at IP don’t accept proposals. The vast majority of U.S. foundations, around 90 percent, don’t even have websites. The growing popularity of donor-advised funds compounds the challenge nonprofits face in connecting with funders.

The explanations that grantmakers give for not accepting proposals can seem pretty reasonable. But not long ago, I was talking to one program director who told me about their rapid response fund that accepts open applications online on a rolling basis, acknowledging that it does take up a lot of staff time. I asked how many people they had to work on it. Two, he said, himself and one other staffer. Two people.

Related: Keeping Up: Philanthropy In an Era of Sweeping Social Movements

That got me thinking, you know, any foundation could do something like that. In fact, a bunch of the rapid response funds that have emerged in the year following the election are offered by small foundations with very modest staffing.

That example aside, when you look at the common reasons foundations give for not taking applications, they kind of fall apart. At the end of the day, it really just comes down to a choice—a barrier intentionally placed between tax-subsidized wealth, and the public that it’s legally required to benefit.

Here are some of those common reasons, and why they don’t have to be barriers if foundations don’t want them to be.

This is probably the most common reason that foundations don’t accept applications, as many are, indeed, small. I think the case above shows that if it’s made a priority, even small foundations can offer a mechanism that allows people to throw their hats into the ring.

For a corner case, though, let’s imagine a family affair that supports just a couple of causes and has zero staff.

Say a family foundation in Smallville gives to the Smallville Botanical Garden and the Smallville Art Museum every year. Doesn’t accept proposals. My guess is, people still call and write with all kinds of random asks. What if they took just a small amount of the budget and earmarked it for new applicants, only in Smallville, working in art and outdoor recreation, starting with an easy four-question form? My guess is, that’s totally manageable, and would likely draw exciting and relevant projects.

The point is, being approachable doesn’t mean foundations have to turn all of their giving into a free-for-all. Especially with online tools, there are ways to responsibly channel cold proposals that won’t prompt an avalanche of paperwork. Anyone who’s ever sorted through a big pile of electronic inquiries—say, applicants for an open position—knows it’s not really that hard to separate the wheat from the chaff or to send off polite mass rejections.

Brad Smith of Foundation Center wrote a post a while back on this topic, recalling his time at the Ford Foundation when the staff counted 144,000 inquiries one year. I’ll bet it’s a lot more than that in 2017. When you’re talking about a big, high-profile foundation, allowing unsolicited proposals is no joke.

But the thing is, foundations and their donors receive tax breaks that keep billions of dollars out of public coffers every year, where they would serve any number of underfunded needs. In exchange, they have a certain obligation to the public, as both Smith and Eisenberg have pointed out, and such an obligation means being at least minimally open to the public.

While bigger funders face the most potential for a firehose of applications, the equation here is pretty simple: The more money stashed away, the greater duty to the public, the more you gotta pay for staff to be responsive. That’s just part of the deal.

Again, it doesn’t have to be a free-for-all. Plenty of large foundations are mostly driven by program staff, but leave at least some avenues open for submissions.

“We don’t want applicants to waste their time.”

“We want to be strategic.”

OK this is the big one, and a barrier that a thousand blog posts and op-eds may never topple.

Even Hal Harvey himself, foundation veteran and former proselytizer of strategic philanthropy, wrote a mea culpa for feeding into this business-like, metrics-obsessed, strategic philanthropy gone awry. But funders are still smitten, hiring smartypants staff and consultants to craft their finest artisanal programs.

It’s easy to make fun of, but I actually get this reasoning—to an extent. Especially in an area like science philanthropy, which is often very narrowly focused in its giving and intentionally different than the wide-open RFPs of federal agencies.

Still, a foundation that cuts off access, cuts off ideas.

Even the best staff can only know so many people, and go to so many conferences. So grants end up going to the same groups, the same think tanks, the same go-betweens, leaving scores of potential grantees with little to no idea how to get into the club. This is self-perpetuating, too, with grantmakers becoming increasingly certain that they know the one true way forward, which can be as stiff and prescriptive as we often accuse government of being.

This is not only counter to philanthropy’s aim to diversify the ways society serves the public interest, it stunts the innovation that the sector claims to wield as its most powerful weapon. Funders accepting a flow of applications from newcomers (and actually listening to them) will tell you how much it enables them to learn and stay at the cutting edge of their fields.

In other words, being open is not just a democratic imperative—it’s a competitive one.

I know, I don’t even work at a foundation, and I make this all sound so easy. It’s not easy. Making the world better shouldn’t be easy. The good news is, there are a lot of people out there ready to join in and take a crack at it. All foundations have to do is set aside those dusty old excuses and open the gate.