Grantmaking That is “With” and Not “For”

Grantmaking That is “With” and Not “For” 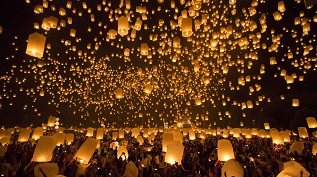 What if the beneficiaries of the hardworking organizations that foundations serve were represented among foundation leadership? For a decade, the Sister Fund adopted this model into its staffing and governance practices, and the unique expertise of grantees and the communities we seek to help continue to meaningfully influence our grantmaking.

In 1982, when I decided to become more strategic with my philanthropy, the first thing I did was gather the annual reports of foundations from around the country so I could study how others were carrying out their giving. As I read through the reports, I noticed that the boards of these foundations were primarily white males. Many of these men were credentialed and considered experts in their respective fields. All of the nonprofits and people their work served, on the other hand, were framed as “needy” organizations and populations.

I realized this was the standard model of philanthropy at that time. While greatly appreciating the caring work of those board members, I wondered whether beneficiaries would want to have a voice at the decision-making table — and whether inviting their participation would enrich the entire grantmaking process.

As my research continued, I noticed that the annual report of one funder, in particular, was different than the others: the San Francisco Women’s Foundation (now the Women’s Foundation of California). As I reviewed the foundation’s report, I learned that not only were women on their board of directors, but these women were also of diverse social, cultural, and economic backgrounds. The foundation’s board represented the population it served. I knew immediately that I wanted my foundation to be like that.

With this model in mind, in 1988 I started the Sister Fund, which is committed to funding the work of organizations benefitting marginalized women of color. I invited grantee partners and frontline community members of the organizations we funded to serve in an advisory capacity on a newly formed group called our Activist Board. This board complemented our formal Board of Directors, which has the legal authority to allocate funding. The Activist Board members worked closely with our staff to develop our grants portfolio and make grantmaking decisions. They offered the expertise and wisdom of people in the communities we serve, which was invaluable to determining the most strategic ways to address the various issues that we care about.

Participatory grantmaking, however, goes beyond the mechanics of inviting grantee partners to advisory roles. It involves the deeper, intentional work of building relationships with grantee partners and the people they serve. For example, we invite beneficiaries of our grants into staff leadership roles. Like the other women’s funds, the Sister Fund practices a kind of philanthropy that is “with” and not “for” ― an approach that dignifies the grantees and places their expertise at the center of everything we do. I carried this approach into my work cofounding the New York Women’s Foundation with Gloria Milliken and a diverse group of 40 women in 1987. On our first board, we had Rockefellers working alongside women on public assistance, forming a “cross-class alliance.”

For me, faith also played an important role in formulating this approach, as I mirrored this inclusionary model after the life and example of Jesus Christ. Jesus did not see the poor as less worthy than others, but rather as the precious ones among us, and spent much of his time walking among, visiting, and sharing meals with the diseased and poor. This example taught me that we have much to learn from people living on the margins, and we made sure to incorporate that guiding principle into our philanthropic approach.

We have defined our funding approach as “relational philanthropy.” A few characteristics of this vision include:

This vision is about lifting up the voices of the marginalized by investing in their leadership. While this is a worthy model to pursue, it is not without its challenges. Our greatest challenge was a growing funding expectation from grantee partners. As our relationships with our grantees grew, in some cases their expectation became that we would increase our funding to them.

With that, we learned a few things that may be helpful to other funders:

In recent years, the Sister Fund has transitioned into a “hybrid” foundation ― now more a family foundation, while keeping its identity as a women’s fund at its core. With the increased involvement of the next generation, we have shifted our internal structure to engage our family more in the grantmaking process. Although we are not currently practicing participatory grantmaking, my daughters and sons continue to rely heavily on the insight and expertise of our grantee partners and the communities we seek to help to fulfill the foundation’s mission.

The family, as well as staff and board leadership, continue to stay attuned to industry trends, best practices, and effective models for giving. Recently, for example, we’ve been learning from the Center for Effective Philanthropy’s research on funder-grantee relationships, which provides insights on how to improve and strengthen transparency, understanding, and knowledge exchange.

Many of the practices highlighted in CEP’s reports have been common among women’s funds for decades. Historically, women’s funds have fostered a culture of learning and collaboration from the on-the-ground experts ― the grantees. They’ve also made intentional choices in their staff and board composition, focusing on diversity and inclusion. In this way, women’s philanthropy represents a more horizontal, rather than vertical, style of decision-making that has elevated the knowledge, voices, and expertise of grantees and those they serve.

Leaders of these funds have even shied away from the term “grantee” or “beneficiary,” electing instead to use more inclusive language like “grantee-partner.” Subtle changes like this underscore that we as funders are also beneficiaries of these relationships — and that grantmaking is a co-creation of a visionary way forward, not a transactional exchange between the “haves” and the “have-nots.” 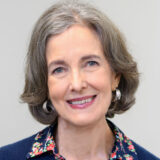 Published By
Center for Effective Philanthropy