March 2019: News and Notes from NCFP’s Friends of the Family Network

March 2019: News and Notes from NCFP’s Friends of the Family Network 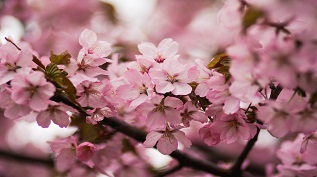 Carol Larson to Step Down as Packard Foundation President/CEO

The David and Lucile Packard Foundation has announced that Carol S. Larson will step down as president and CEO at the end of 2019. Under her tenure, the foundation has experienced significant growth, awarding an average of $300 million in grants annually and a total of $500 million in mission-related investments while expanding its global engagement, with a focus on climate change, marine conservation, and women’s and girls’ access to quality reproductive health care and rights. Larson will remain in her role through the end of the year to ensure a smooth transition.

The Russell Family Foundation (TRFF) announced that 2019 will be Chief Executive Officer Richard Woo’s final year of service and leadership with the foundation after nearly 20 years of working to protect the environment and empower Pacific Northwest communities. To date, under Woo’s leadership and collaboration with the Board of Directors, TRFF has granted approximately $130 million in support to hundreds of community groups and individuals who share in TRFF’s vision of a sustainable and peaceful world for people, places and communities. The search for the next CEO is underway.

The Dayton Development Coalition honored Clay Mathile — former CEO and owner of the Iams Company — with the 2018 Maureen Patterson Regional Leader Award at its annual meeting on Wednesday. He and his wife launched the Mathile Family Foundation and The Glen at St. Joseph. “For decades, Clay and his family have strived to make our region a better place,” said Jeff Hoagland, DDC President and CEO, in a statement.

The Walton Family Foundation released its report on The Most Dynamic Micropolitan Index, which ranks the 531 micropolitan areas across the U.S., analyzes the economic performance and indicators that impact the social and economic fabric of America. The Most Dynamic Micropolitan Index attempts to bridge a gap in identifying which smaller communities are thriving and which are struggling to provide economic opportunity for their residents.

The Russell Family Foundation, in collaboration with Mission Investors Exchange, will hold a webinar on March 11. Richard Woo, CEO of TRFF, and Kathleen Simpson, CFO of TRFF, will be discussing key learnings from TRFF’s latest report, The Impact Investing Journey: Aligning Portfolio with Purpose.

The David and Lucile Packard Foundation in Los Altos, California, has released the results of its 2018 Grantee Perception Report. The report found that grantees’ perceptions of the foundation remained positive across most measures, including impact on grantees’ fields, impact on organizations, funder-grantee relationships, openness to ideas from grantees about its strategy, and transparency. The foundation committed to addressing three areas of improvement: incorporating grantee feedback into evaluation design, awarding more multiyear grants, and updating its Grantee Experience Standards.

The Laughing Gull Foundation (LGF) approved $3,658,000 in grants to be awarded through 2020 to 22 organizations increasing access to high quality, accredited college courses in prisons. “LGF is proud to expand our investment in the field of higher education in prison,” said Meg Baesmith, Board President. LGF’s $3.6M commitment represents a 156% increase from 2017 in annual grantmaking for its Higher Education in Prison Program, and the addition of 11 new grantees.

Family foundation leader Bill Longbrake was featured in Inside Philanthropy. He discusses how he and his wife started the Longbrake Family Foundation and how his interest in affordable housing “is driven in part from his half-century career as a banker and bank regulator.” The foundation celebrates its 20th anniversary this year.