Gender and Giving Across Communities of Color

Gender and Giving Across Communities of Color 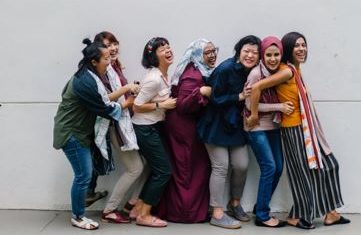 During Q & A at a conference, a woman in the audience stood up and commented, “This research is interesting, but I don’t see myself in it.” Her comment stayed with me. At the Women’s Philanthropy Institute (WPI), our studies on gender and philanthropy account for factors that affect charitable giving, such as income, wealth, education, race, and health of the head of the household. Yet that response did not satisfy the attendee. She continued to say that as an African American woman, she wanted to know what research would say about how her identity – as a woman and as a person of color – shaped her philanthropy.

Historically, women have engaged in philanthropy in the United States for hundreds of years, often along racial and ethnic lines. Women of color and White women both worked for major social movements such as abolition, suffrage, civil rights, and the women’s movement, but they seldom converged to work together. Because much philanthropic activity, whether then or now occurs within a community, for example in identity-based giving circles, it may not be widely recognized outside of that community.

Women Give 2019: Gender and Giving Across Communities of Color provides new insights to understand how generosity links women across racial lines. The study compared giving behavior across households – African American, Asian American, Hispanic, and White – and across income – general population and high net worth. Consistent with previous WPI research, this study finds that gender differences in giving are consistent across race. Within each racial or ethnic group examined, single women are more likely than single men to give, and married couples are more likely than single men or women to give.

Findings from Women Give 2019

Women are generous – all women across race and ethnicity.  Highlights of the study are:

Based on descriptive statistics (which do not control for factors that affect giving), this finding shows that the households across race/ethnicity in this sample give to charity. There is less difference in the percentage of high net worth households that give to charity than there is in the general population sample, suggesting that income and wealth are significant drivers of philanthropy.

Findings 3 and 4 are based on regression analyses which take into account factors that affect giving such as income, wealth, education, and household size. The study finds that race does not appear to affect the amounts that households give. To this point, the study has built the narrative that generosity is a common value across diverse communities.

But, what about gender? Here, the study reveals that within each racial/ethnic group examined, single women are more likely than single men to give to charity, and married and cohabiting couples more likely than single men or single women to give to charity. This data point is consistent with other research by the Women’s Philanthropy Institute. Generosity links women across racial and ethnic groups. 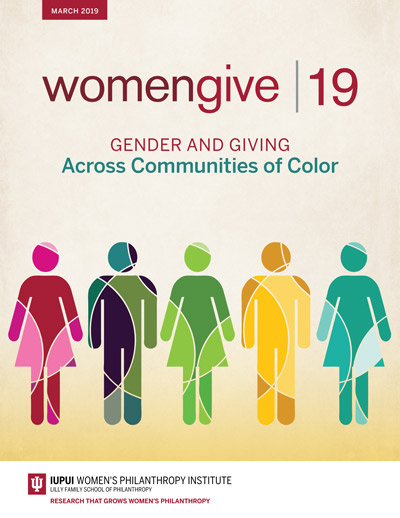 Qualitative interviews with several philanthropic leaders across communities of color and the “I Am a Philanthropist” video complemented the study. The qualitative interviews illustrated the report’s general finding that all women are generous but also that women may emphasize different parts of their identity at different times in their lives. One interviewee highlighted the intersection of race and gender in her philanthropic journey. “First and foremost, I see myself as Chinese, but in the U.S., I think my philanthropic giving was more focused on gender because I see the disparity – and it cuts across everything I do.” Later, this leader acknowledged her desire to support the Asian community and brought her identity as an Asian to the fore.

The interviewees also highlighted the need for an expansive definition of philanthropy, one that reflected both formal and informal giving. Many were motivated by the desire to “give back,” an idea that springs from gratitude for opportunities they had. An interview said that she was “standing on the shoulders of a lot of people that made things possible” for her to succeed.

Women express their generosity in different ways.  Some prefer to work within community, some work across community, and some do both at the same or different times along their philanthropic journey.  These are examples of bonding and bridging capital. Bonding capital occurs within community, and bridging capital occurs across community. Philanthropy provides rich examples of both kinds of capital.  Bonding capital is exemplified by African American sororities such as Alpha Kappa Alpha which supports African American women and the Latina Giving Circle of San Diego which supports Latina women. Communities of color also give in support of other racial or ethnic groups or across racial groups – this is an example of bridging capital. Interviewees cited their experiences with bridging activities such as mentoring new leaders and helping nonprofits support underserved communities.

This study is timely as demographic trends reflect the changing face of America. The U.S. population is more racially diverse than ever before; women are nearly half of the labor force (46.9 percent) and have an increasing presence in business and government. The “I Am a Philanthropist” video is a reminder that society’s image of who is a philanthropist must continue to expand and reflect the rich diversity of experiences and perspectives in our communities.

More research at the intersection of race, gender, and giving is needed as many questions remain unanswered. Although I don’t know the name of the woman at the conference whose comment prompted this study, we thank her; her desire to explore how her race and gender influenced her philanthropy has resulted in new research that illustrates the universality of generosity. 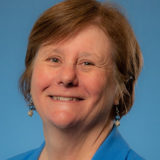