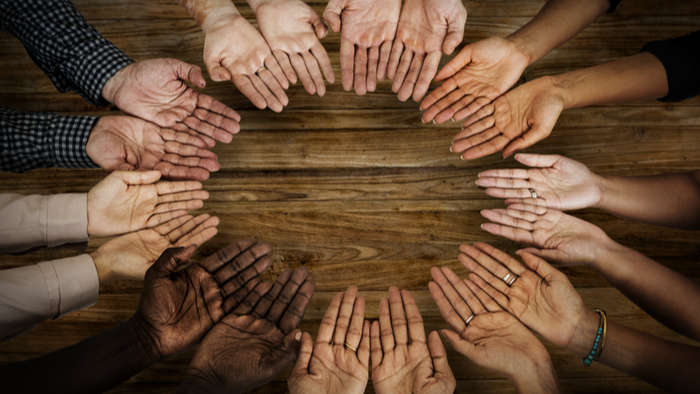 This article was originally published by Giving Compass and is re-posted here with permission. This is part two in a four-part series. Read part one here.

In our first article, we shared the philosophy and beginnings of our relational reparations group in Seattle, which would come to be called by us, The Sisterhood. At the heart of this Sisterhood is the commitment to the African Proverb above, or as Rev. angel Kyodo williams says, “Going at the speed of trust.” Taking the time for truth telling, listening, and simply sharing meals together was key to opening the door to what was to become.

One of the first things we acknowledged together was the fact that white supremacy lives in our bodies. Thus, we took the terms “white-bodied” and “Black-bodied”, referencing the work of Resmaa Menakem, author of My Grandmother’s Hands, where he frames race in the context of bodies: the white body is seen as the supreme standard upon which all other bodies are measured. It is through the process of embodied practice that we have inched our way into relationships and racial reparations, and with these, toward a future where racial healing is possible.

As we shared last month, the white-bodied women had been in an intentional anti-racism cohort for more than a year before inviting a group of Black-bodied women to be in conversation, to explore what keeps us separate and how to bridge our differences, and to imagine ways to disrupt philanthropy for the sake of racial justice. After an initial conversation, and with a level of cautious skepticism, each Black-bodied sister agreed to continue exploration, expecting to be used as a conduit for the flow of resources into the community. The white-bodied women were cautiously expectant as well, somewhat nervous before each dinner conversation, and then gradually stepping into what it might mean to “move money as medicine,” as Edgar Villanueva speaks about in Decolonizing Wealth.

Over our time together, there have been touchstones that have helped form our relational reparations process:

Vulnerability and truth-telling. At our second gathering, an unstated commitment of truth telling emerged when a Black-bodied sister asked the white-bodied members to talk about their shame and guilt around having money. Ongoing questions and prompts have enabled us to grow in trust with one another.

Establishing the transfer of funds as a “return.” Early in our process, the Black-bodied sisters were clear that the word for the money that would be moving to them from the white-bodied women was “return”—a direct acknowledgement of how white-bodied people, through systemic racism, have stolen wealth from Black-bodied people over hundreds of years. This cornerstone of our group culture has helped us build deeper relationships with each other because it reduces the chance that white saviorism, and its innate taint of hierarchy, will show up. For us, returns cannot have strings attached, including any expectation of reporting back on how the funds were used.

Collective creativity. As we were forming, we discerned our path forward in an organic fashion. When one of the white-bodied women realized that the Black-bodied women were being asked to work without compensation, she asked how they wanted to be compensated for their time. The Black-bodied women created a plan they believed would legitimize an exchange of resources and time: the return should be in the form of a $10,000 fellowship. This turned into a five-year commitment — $10,000 per year for each Black-bodied sister. This co-creative process has continued to be a feature of how we discover ways in which to take next steps and to build culture together. More recently, some of these next steps have included looking at how the white-bodied women can come alongside to advance their Black-bodied sisters’ dreams.

Caucus groups: From the beginning, we have practiced meeting in race-based groups to support our collective process. Caucus groups allow for conversations and processes that help us to the roots of what needs to be addressed and unlearned when it comes to how white supremacy affects us all.

Willingness to keep it moving. As we write this, we are making plans for our first-ever (virtual) retreat. Collectively, we have sensed that it is time to find our next level together.  We are all near to what our collective means to us, and we know we might need help in seeing all that we need to see. Being faithful to what is emerging is important to us.

In our final two installments, we’ll feature more personalized accounts from group members to demonstrate how being in the Sisterhood is transforming all of us.

LeAnne Moss is the co-founder of Leading the Heart 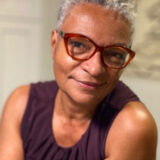 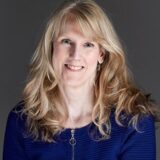 Co-Founder, Leading from the Heart