Anticipating the Complications of Divorce in Family Philanthropy

Anticipating the Complications of Divorce in Family Philanthropy 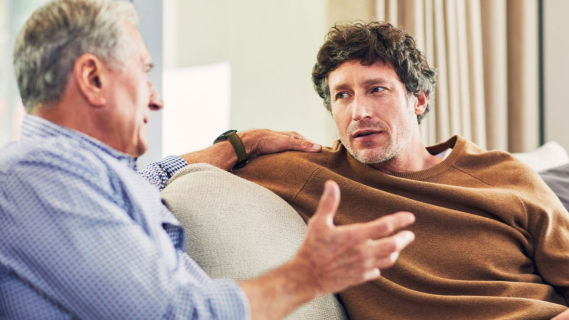 This blog post is excerpted from the new Passages guide: Breaking Up: Divorce in Family Philanthropy

Consider this story
A few decades ago, one family foundation board was composed of eight members: four lineal descendants of the donor, plus their four spouses. When the eldest son left his wife of 20 years and married another woman, the board adopted a policy that said “only lineal descendants and their original spouses can serve as trustees.”

When another sibling divorced 10 years later, her new spouse was not able to join the board because of the policy. One year later, yet another sibling left his wife of 30 years and remarried. He aligned with the other divorced siblings and they changed the policy so that new spouses could serve on the board. The remaining “original couple” was devastated, felt betrayed, and almost resigned from the board. They realized, though, that by leaving the board, they would deny their children a chance to participate.

These board members then decided that all children should succeed to trusteeship—both blood descendants as well as stepchildren. This led to tensions and misunderstandings among the siblings and their children that ultimately led the foundation to split into four equal foundations.

One philanthropy advisor counsels all new and seasoned foundations to discuss and develop policies on these matters early on. “Sometimes folks are somewhat shocked—saying ‘oh, we’ll never have a divorce,’ or ‘we don’t have step or adopted children, why should we talk about it?’ With some discussion, they usually see that these contingencies can and do occur, and being prepared is a wise and thoughtful approach.”

These situations are difficult to anticipate, and no one wants to talk in advance about the possibility of a divorce. It feels almost taboo to do so. Yet, a board that prepares for the worst today can save itself tension and trouble tomorrow. There’s no getting around the fact that a divorce will certainly affect the family—the question here is, how will it affect the work and impact of the foundation?

“Divorce can be more complicated when the divorcing couple is the founding couple or a dominant couple in the second generation. They may feel the foundation is community property,” says Ginny Esposito, senior fellow at the National Center for Family Philanthropy (NCFP). “They may think of it not as a legal structure, but as a reflection of their personal giving or their parents’ giving. Splitting the foundation, in these cases, may be the most logical and humane thing to do.”

Esposito recalls one of the first family philanthropy conferences early on when working to build the field. “People told me families were too busy, too private, and would never come to a meeting. Yet we had about 75 people show up, and not many were talking until we came to a session focused on family,” she says. “One man told his story of his family with four siblings, each with their spouse on the board. His brother was getting a divorce, and he said ‘and we’re trying to figure out how to keep her and get rid of him.’ Suddenly, everyone wanted to tell their stories. It was an opening and a release—his story touched a vulnerability point that allowed people to wonder: maybe this isn’t dirty laundry after all? Maybe it’s not shameful to talk about my family in a way that makes them seem normal.”

Because a board can’t (and shouldn’t) plan around personalities and preferences, it’s best to spell out how the board will define family for the purposes of eligibility, and plan for how it will manage potential conflicts and family rifts. To do this, you need a well-thought-out and written policy on succession and board eligibility (even if it’s in bullet points!). This will help you avoid making rushed decisions based on a pressing family situation. Rather than focusing on the question of spouses (who’s in, who’s out), ask yourselves: what makes someone eligible to participate, and what are our expectations of them? (See Choosing Who is On the Board on page 8 for more on this.)

Many family boards avoid these topics, or wait for a forcing event to have the discussion. “Most family foundations don’t do succession planning, which makes it harder in a situation involving divorce,” says Esposito. “Some boards have unspoken agreements on who would go in the case of a divorce, yet it’s important to write it down, even if it’s something simple. I ask family boards to consider: What do you really want for this family philanthropy? What does the philanthropy deserve?”

Ideally, it works like this: board members sit down together, either as a whole group or within a governance committee (and sometimes with the outside help of a skilled philanthropy advisor) and raise all the “what if” scenarios they can anticipate, and how the board should handle them. One executive director said “I like to plan for the worst, and hope for the best.” (See Who’s Eligible to Serve? 10 Questions to Ask Yourselves on page 9 for more ideas.)

When a foundation is smaller and in its first and second generations, it’s easier to be all-inclusive. As families grow larger, the numbers may become unwieldy, and it’s wise to limit the number of people eligible for the board. This makes it easier, in some ways, as the board has a larger pool of potential qualified participants. Families can design policies carefully, but also bear in mind that policies are not written in stone. Boards can—and many do—evolve its policies over time as family members and circumstances change.

A policy isn’t always a fool-proof mechanism to save the day. Policies are only as good as the people who follow them. Yet, the bottom line is this: policies can help people cope in a crisis by clearly defining board eligibility and process, specifically as it relates to blood relatives, spouses/in-laws, domestic partners, divorce, and stepchildren. Policies make board decisions less personal—and less personal can go far when it comes to upholding board and extended family relationships.

Preemptive policies about who can and cannot serve on the board can prevent the issue from becoming personal, and help people cope in a crisis.

Elaine Gast Fawcett is a contributing editor at NCFP and a philanthropic advisor.