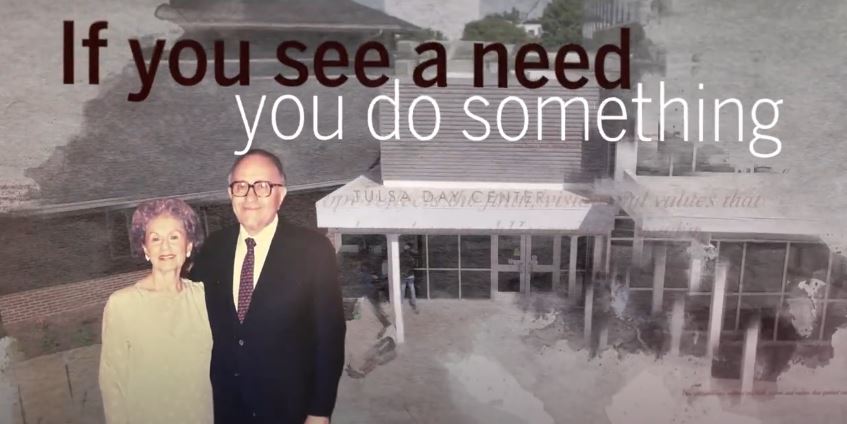 One important aspect of family foundations is the way in which they help transmit family values from generation to generation. Beyond the top-level value of philanthropy, family foundations are mechanisms to share the core values that underlie the family’s approach to its work such as justice, equity, opportunity, and compassion—and the deep connection and relationship the family has with its hometown.

Anne and Henry Zarrow were deeply committed to their hometown of Tulsa, Oklahoma. It is where they raised their family, built their business, and gave back to the community that helped to support them. They started The Anne and Henry Zarrow Foundation (AHZF) to help maintain their commitment to Tulsa for generations to come. The second and third generations of the family experienced the family’s commitment to philanthropy and Tulsa firsthand, regularly hearing Anne tell Henry, “We need to do something” whenever she saw injustice. They saw their parents (or grandparents) live their values every day in their family, their work, and their commitment to the community.

Like many family foundations that exist for several generations, AHZF has had to grapple with how to engage a generation that did not personally know the founders, especially as the family became more and more geographically dispersed. Judy Kishner, Anne and Henry’s daughter and AHZF chair, raised a question common to many family foundations: “How can we ensure that the stories that have shaped the family and the foundation are not lost with the passing of each generation?” Dr. Jay Wohlgemuth, Judy’s son, continued the conversation regarding the family legacy, “The foundation has very clear values and focus areas which are derived directly from Anne and Henry and have led to tremendous positive impact in the community. We wanted to understand how the foundation, its values, and impact could be sustained in the future when the fourth generation is involved, most of who did not know Anne and Henry and who do not live in Tulsa.”

Recognizing that writing a book about the foundation’s history was not likely to solve the problem or be read by the members of the 4th generation, who ranged in age from 3 to 23, the family worked with Josh Mintz to develop the 4th Generation Learning Initiative.

By engaging the members of the 4th generation in designing the Learning Initiative, we sent a clear signal that they were co-creators in this effort, that their voice was valued, and that their interests would help to drive the agenda. This early involvement was important to building buy-in for the effort and increasing their interest in engaging with the foundation. Using this information, the 4th Generation Learning Initiative was built around two key components: telling the story of the foundation through video and experiencing the impact of the foundation through Experiential Learning.

Telling the Story of the Foundation with Video

For the video portion, the Foundation worked with Debbie Brodsky to create a series of 10 short videos (about four to six minutes each) that share stories about the family, the family’s values, the foundation, the city of Tulsa, some of the foundation’s key grantees, and the family’s hopes for the 4th generation’s involvement. Using video helped to bring the stories to life, made the content more accessible to busy family members, and created an emotional connection that would not have been possible in written form.

To begin this process, Debbie conducted initial brainstorming meetings with the AHZF staff to better understand the goals of the project, what information specifically needed to be passed on to the next generations, and who would be the best individuals to share these stories on camera and include in the videos. AHZF staff identified existing resources that could be built upon and discovered that Mr. Henry had recorded an oral history a few years before his death. Being able to track down this interview and include his voice in parts of the videos was a huge bonus, giving the next generations the opportunity to hear and connect with the patriarch of the family.

The next step in the process was pre-interview meetings with each of the interviewees, now made even easier with the accessibility of Zoom. Debbie used these meetings as a way to gather information, identify the best stories to tell in the interviews, and help the interviewees begin to feel comfortable and prepared prior to their on-camera interview. An unexpected benefit of the pre-interviews was the additional ideas and inspiration brought to the project by the participants. For example, during one of the pre-interview meetings, a grandchild suggested talking to a long-time employee of Mr. Henry’s who had an incredible memory. This employee ended up being a wonderful addition to the videos.

Since so many of the interview participants—and the production company—do not live in Tulsa, filming was scheduled around an existing board meeting. DMB Pictures filmed at the foundation’s offices and other locations in the city. They gathered footage at some of the mission-critical nonprofits AHZF supports that most exemplify the foundation’s funding priorities—preventing homelessness, supporting social services, and reducing hunger—and filmed around the Tulsa area to showcase the family’s hometown connections.

The last step in the production process is always the most challenging—editing the interviews and footage into compelling and concise stories that keep the audience’s attention and interest. Illustrative photos proved critical to achieving this goal. While there were several photos from the family’s archives, many of the stories shared were from a time when there weren’t many photos taken. Fortunately, AHZF has a strong relationship with the Tulsa Historical Society & Museum, which provided a treasure trove of archival photos that helped to enliven the videos.

Experiencing the Impact of the Foundation through Experiential Learning

The second part of the Learning Initiative was a multi-day, in-person 4th Generation Bootcamp held in June 2022 and facilitated by Josh Mintz. The retreat was primarily focused on exploring the values of the 4th generation members and drawing connections between those values and the foundation’s existing work, conducting site visits that connected them to Tulsa and some of the foundation’s grantees, and making grants together.

The videos premiered at the retreat, providing the members of the 2nd, 3rd, and 4th generations the opportunity to watch them together and then discuss the stories that were shared. “The videos are truly amazing in that they capture the spirit of Anne and Henry and the foundation by telling the story of their lives and their focus on helping those in need.  I most enjoyed seeing how our children (4th generation) were touched and blown away by those stories—the depth and genuineness of Anne and Henry’s spirit of giving,” Dr. Jay Wohlgemuth shared.

The videos are an amazing resource to support future learning for next-generation members, new trustees, and staff. The foundation also created a short, “public-facing” video that shares the story of the foundation with the broader community.

In the post-meeting evaluation, all of the 4th generation family members “strongly agreed” that as a result of the Learning Initiative they had a better understanding of philanthropy, their great-grandparents, and the work of the Foundation. Most importantly, all of the next-generation members strongly agreed that they had a better understanding of the family’s connection to and impact on the Tulsa community—and are committed to maintaining this relationship. “We were excited as a staff to bring all three generations of the family together to discuss not only the current priorities of the Foundation’s work but to also share in the personal history of the family that got us to where we are today,” said Bill Major, president of The Anne and Henry Zarrow Foundation.

Seeing the videos created a powerful connection between the members of the 4th generation, their great-grandparents, and the Foundation and has led to important conversations across the generations about the family’s history and the work of the foundation.

As family foundations navigate moments of generational succession, it is critical to remember that seeing is believing and that people tend to learn best when they are active participants, not passive listeners. Think about how you are onboarding the next generation (or even just new board members). Are you simply providing them with a briefing book and then a new member orientation where they are “talked at” by various foundation leaders? Or are you creating an opportunity for them to be full partners in their own learning?

Debbie Brodsky is the owner of DMB Pictures.
Josh Mintz is president of CHP Mintz, LLC. 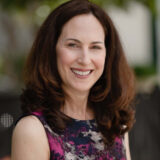 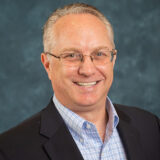