Donor-Advised Fund Impact Story: Giving Up a Lifestyle to Give Back

Donor-Advised Fund Impact Story: Giving Up a Lifestyle to Give Back

In 2007, the Salwen family— Joan, Kevin, Hannah and Joseph— were living a busy life in Atlanta, Georgia. One day, Kevin and fourteen-year old Hannah saw a homeless man in their neighborhood at the exact moment a shiny Mercedes coupe pulled up. “You know, Dad, if that guy didn’t have such a nice car, that man there could have a meal,” mused Hannah. It was this question that inspired her family to do something extraordinary. 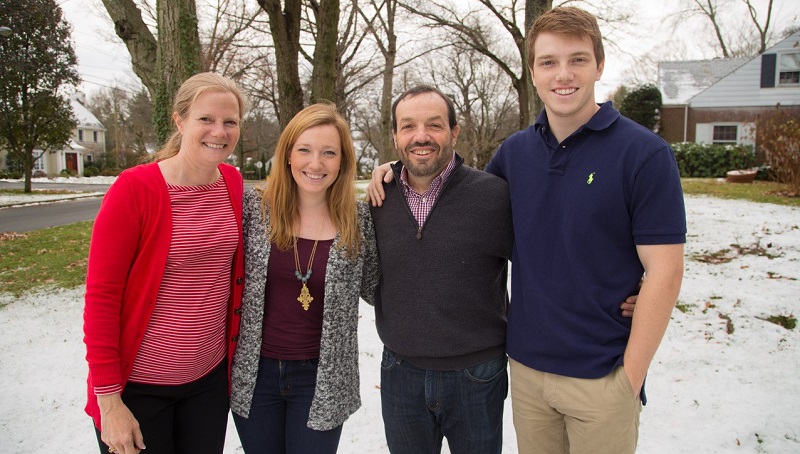 “We decided to sell our 6,500-square-foot landmark home, move to a nondescript house that was half as big, and donate half of the sales price to help alleviate poverty in one of the neediest corners of the planet,” writes Kevin Salwen in The Power of Half: One Family’s Decision to Stop Taking and Start Giving Back, a best-selling book he co-wrote with Hannah.

In 2008, the Salwens started Hannah’s Lunch Box Fund, a donor-advised fund at the Community Foundation for Greater Atlanta, as their primary philanthropic vehicle. They chose a DAF at the recommendation of their financial advisor. According to Salwen, the family did not want to spend time focused on administrative processes that were part of having a foundation. Instead, they wanted to devote their time to the work of grantmaking.

“We committed to donating money for work in two dozen villages in a place we had never visited—in places so foreign to us we had to look them up on a map,” writes Kevin. The Salwens chose to focus on self-reliance work with the Hunger Project. They have visited the communities they support in Ghana, and celebrated alongside Ghanaian villagers as they became self-reliant communities.

The result was a remarkable family adventure. “Around our dinner table, we spent hours discussing the world’s problems and how we might help. We made every decision in our two-year journey collectively, with kids having just as much say as parents,” writes Kevin. In recent years, the Salwen family has built, along with a social worker colleague, a schools’ initiative that helps students in impoverished communities recognize their power to improve their lives.

“I didn’t want to be a family that sat around and said I wish we could do something. I wanted to make a difference, even if it was a small difference,” says Hannah in a Youtube video explaining the mission and goals of the fund. Since establishing the DAF, the family has contributed more than $1 million to end hunger in villages in West Africa.