What are donor-advised funds?

What are donor-advised funds?

Think of a donor-advised fund as a personal philanthropy checking and savings account. An individual donor, couple, or family creates an account (a donor-advised fund) by transferring assets to a sponsor or sponsor organization, such as a community foundation, a religious federation, or a commercial gift fund. Those assets may be cash, appreciated stock, real estate, or other financial or business assets. The transfer is irrevocable and is considered a complete charitable gift according to the IRS—meaning the donor takes an immediate tax deduction. 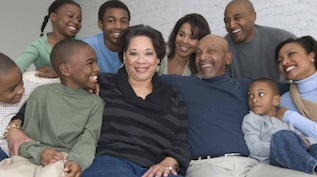 When donors establish a DAF, they are giving assets to a 501(c)(3) nonprofit which then owns the fund. While donors give up legal control of the assets, they maintain advisory privileges on the fund. Over time, donors recommend grants from their account to charitable organizations they care about.

A Brief History of Donor-Advised Funds

The New York Community Trust pioneered the first donor-advised fund in 1931, and for decades, community foundations and Jewish federations offered them exclusively. In the 1970s, an entrepreneurial activist named Drummond Pike created the Tides Foundation, which used donor-advised funds to marshal resources for progressive causes—in essence, creating a new kind of community foundation where the glue was a shared worldview.[1]

All three prongs of the definition must be met in order for the IRS to treat a fund or account as a donor-advised fund.

Next in the DAF Guide: When is the best time to start a donor-advised fund?