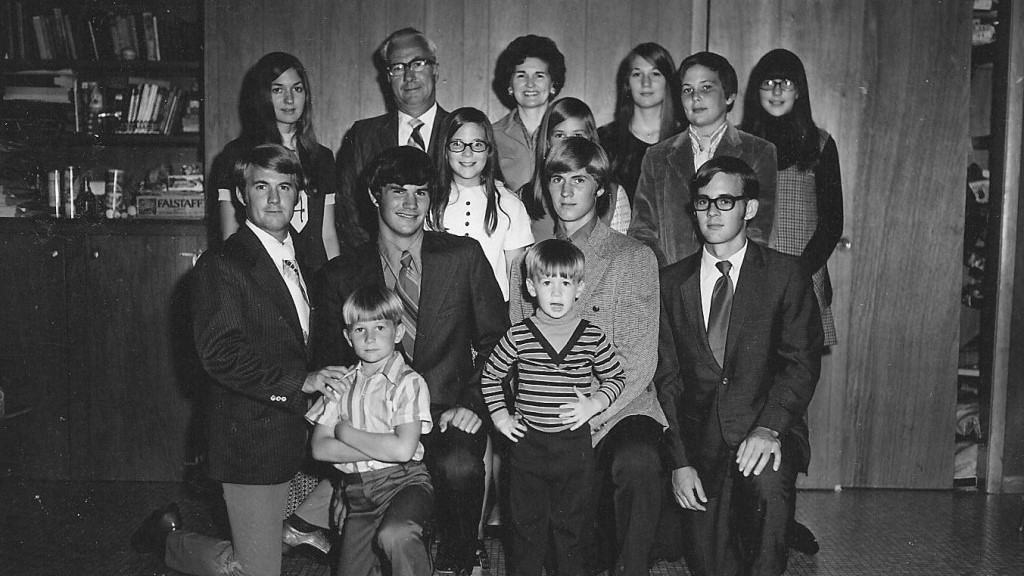 This excerpt from NCFP’s Trends 2020 study shares data and analysis regarding various US family foundation giving trends, focus of the foundation, family member dynamics, operational effectiveness, and much more.

Family foundation demographics have not changed dramatically since 2015. Close to three-quarters of all family foundations have less than $10M in assets, and more than 70% of all foundations were created in the past 30 years. 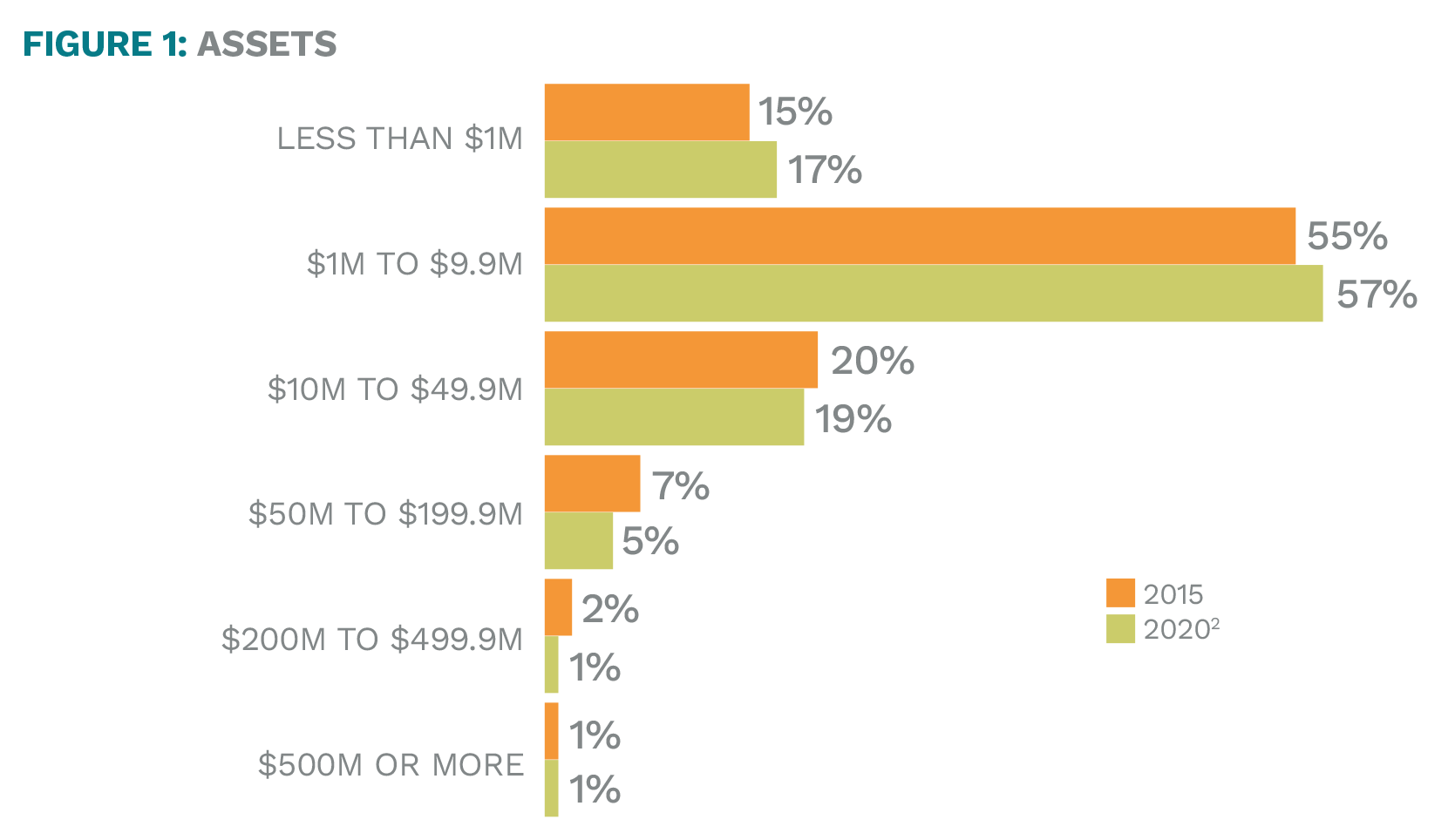 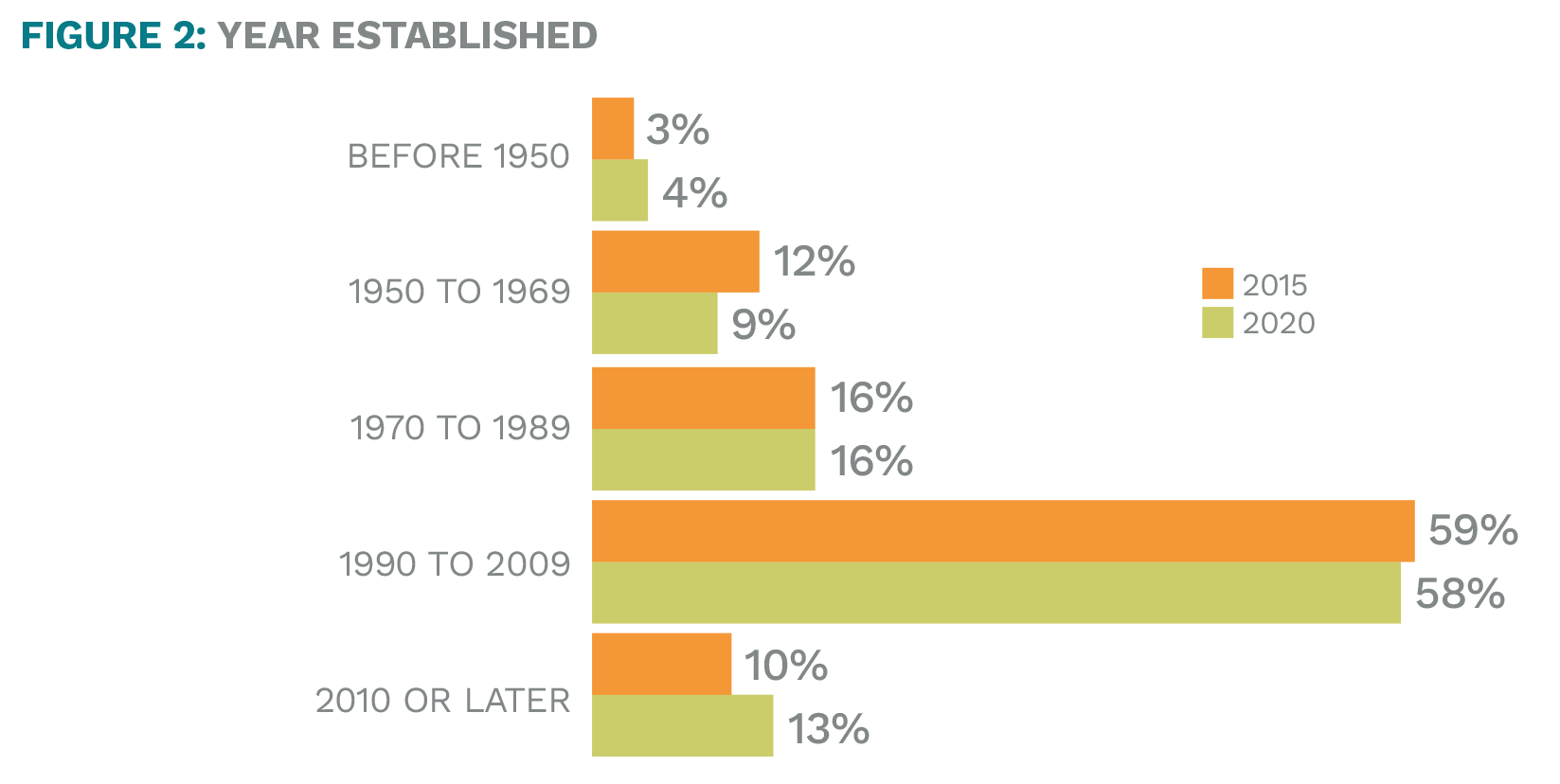 Most family foundations have a specific focus—either on a geographic region and/or on one or more issue areas or populations. Nearly two-thirds have a geographic or place-based focus, and about half focus on specific issues. Only 4% of all respondents indicated a racial/ethnic/cultural focus for their current giving.

Of the family foundations who reported being exclusively focused on geography, most are place-based funders who focus funders who focus on a combination of local (41%), regional (52%), or statewide (38%) efforts, a smaller number define the geographic focus as national (9%) or international (2%).

Consistent with findings from 2015 Trends Study, top issues of focus for family foundations include education and poverty. The largest (by assets) most often focus on education (60%). Other common issues supported are social services, health, the environment, providing economic job opportunities, and community initiatives/development.

For more on the interests, strategies, and challenges of place-based family foundations, see NCFP’s special report, Pride of Place: Sustaining a Family Commitment to Geography. 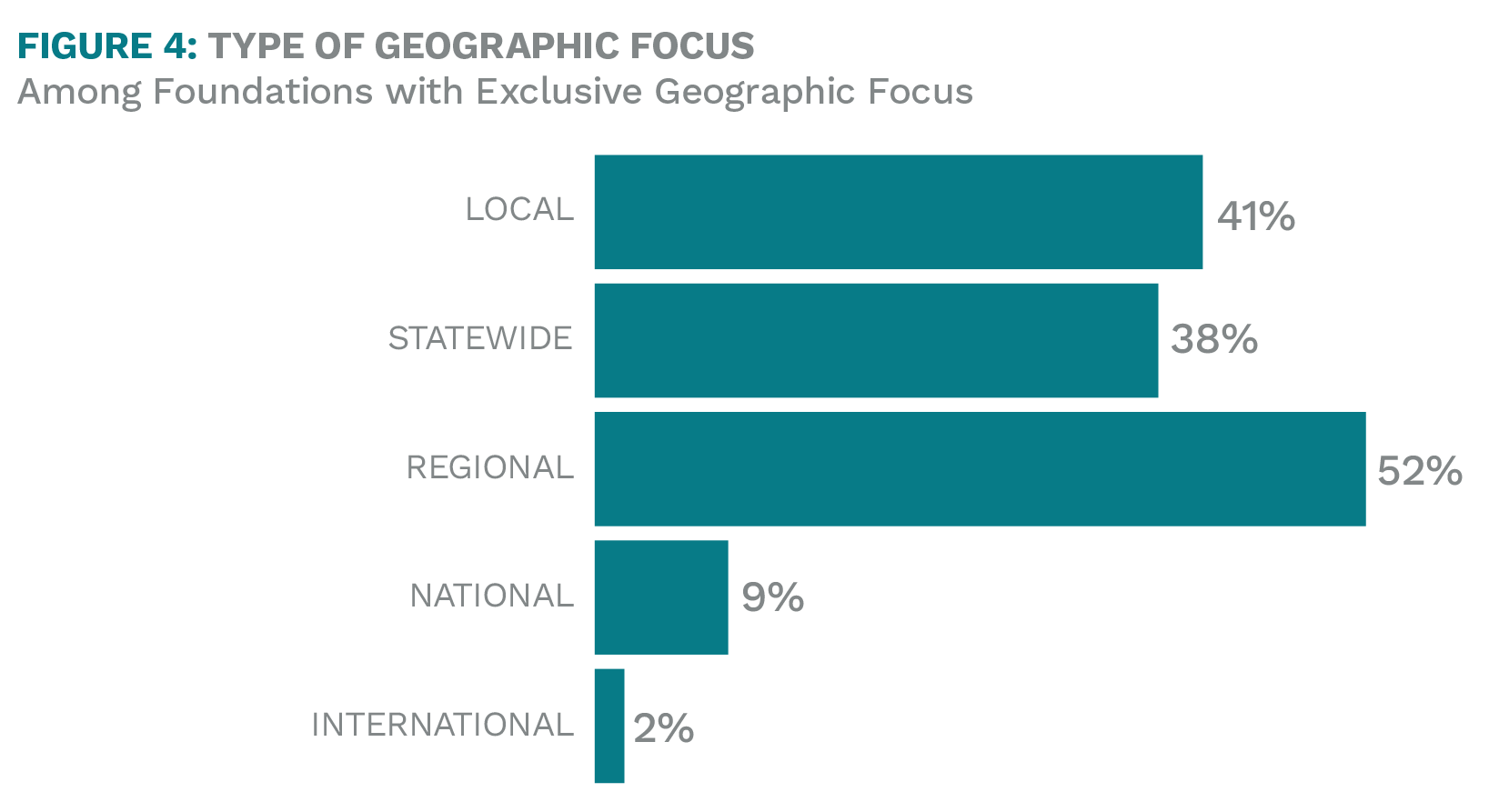 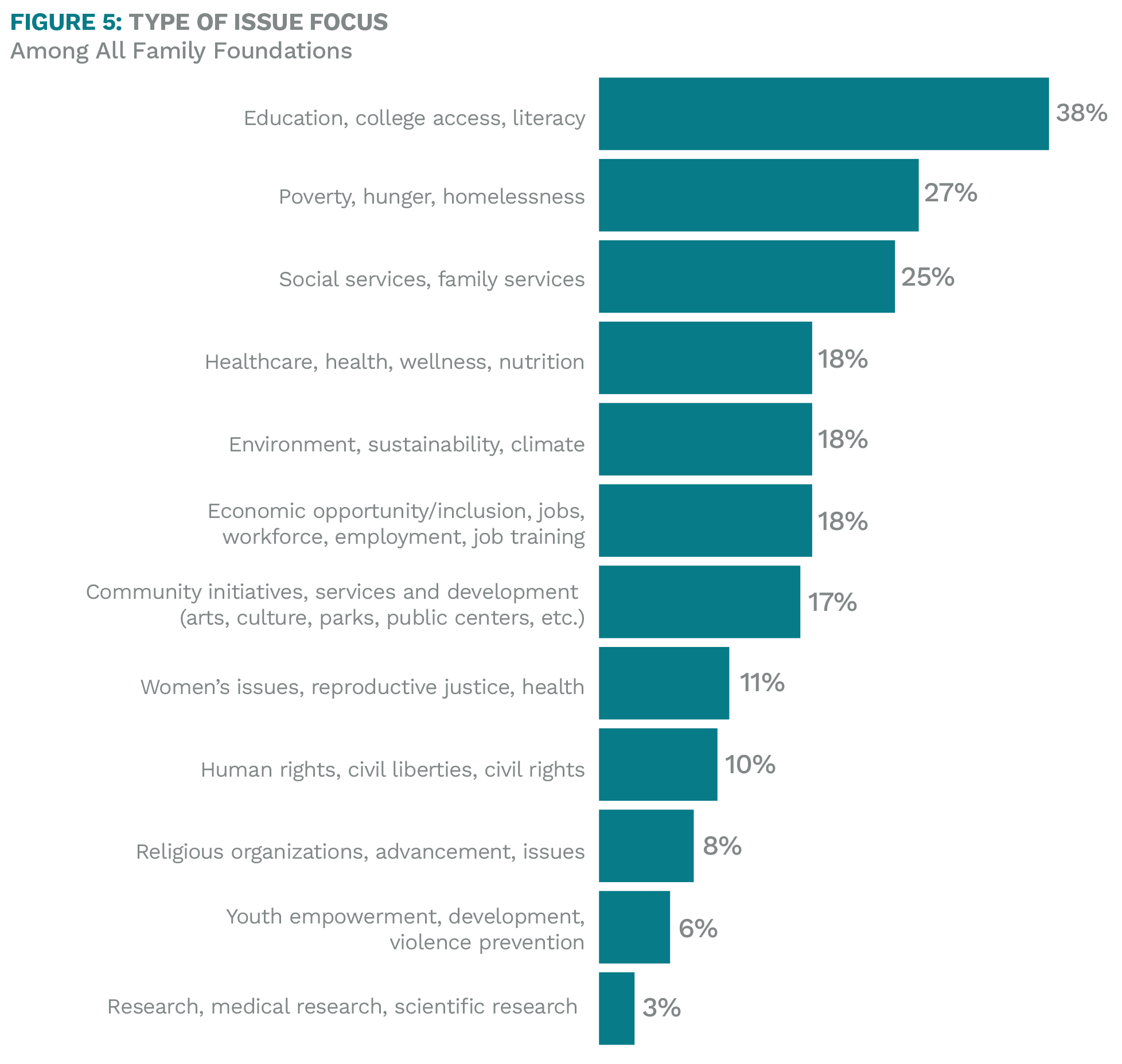 Newer family foundations (those created since 2010) appear to have significantly different giving priorities than all other foundations. 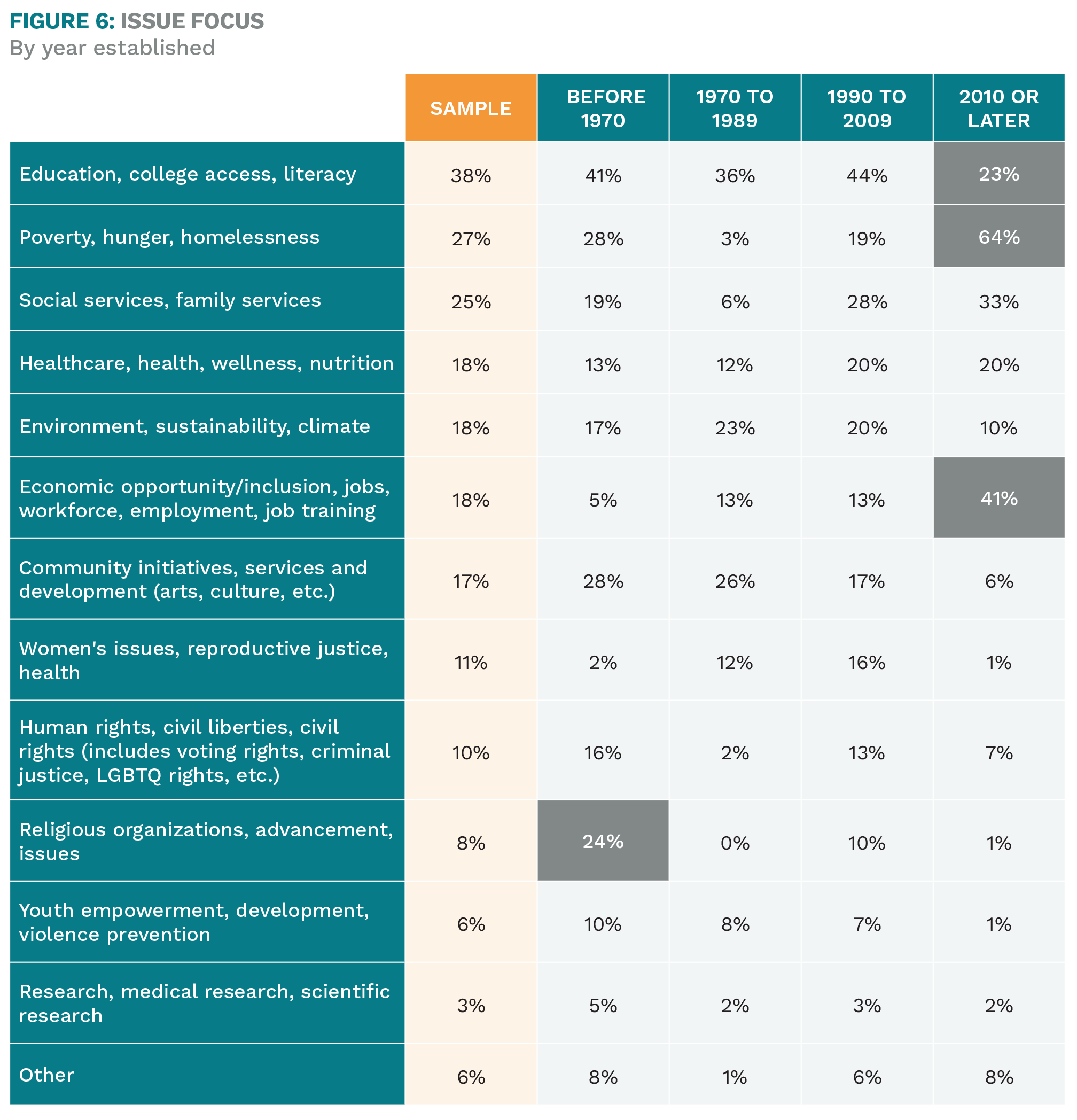 At some point, all foundation donors and boards must ask the question: do we operate indefinitely or limit the lifespan of our family foundation? NCFP defines this as the “strategic lifespan” discussion, and tracks key differences in the governance, management, and grantmaking practices of foundations who choose to limit their lifespan and those who plan to exist in perpetuity.

For limited life family foundations, the top two issue areas reported are “community initiatives, services, and development” (38% vs. 15% of all other foundation respondents), and “economic opportunity/ inclusion” (37% vs. 16% of all other respondents).

“Regardless of their motivations and goals, more and more families are taking the time to think about and discuss how they should manage their assets for the greatest possible impact. Some families are also building discussions about spend-down versus perpetuity into their governance—choosing to revisit the question periodically as their foundations change over time.” –Virginia Esposito, Founder, National Center for Family Philanthropy

Connection to the community or issue and the founders’ intent (both cited by 61% of respondents) are the primary drivers of family foundations’ focus, with “directing resources for greatest impact” (47%) and “history of funding in this area” (37%) also cited as common reasons for geographic or issue focus. 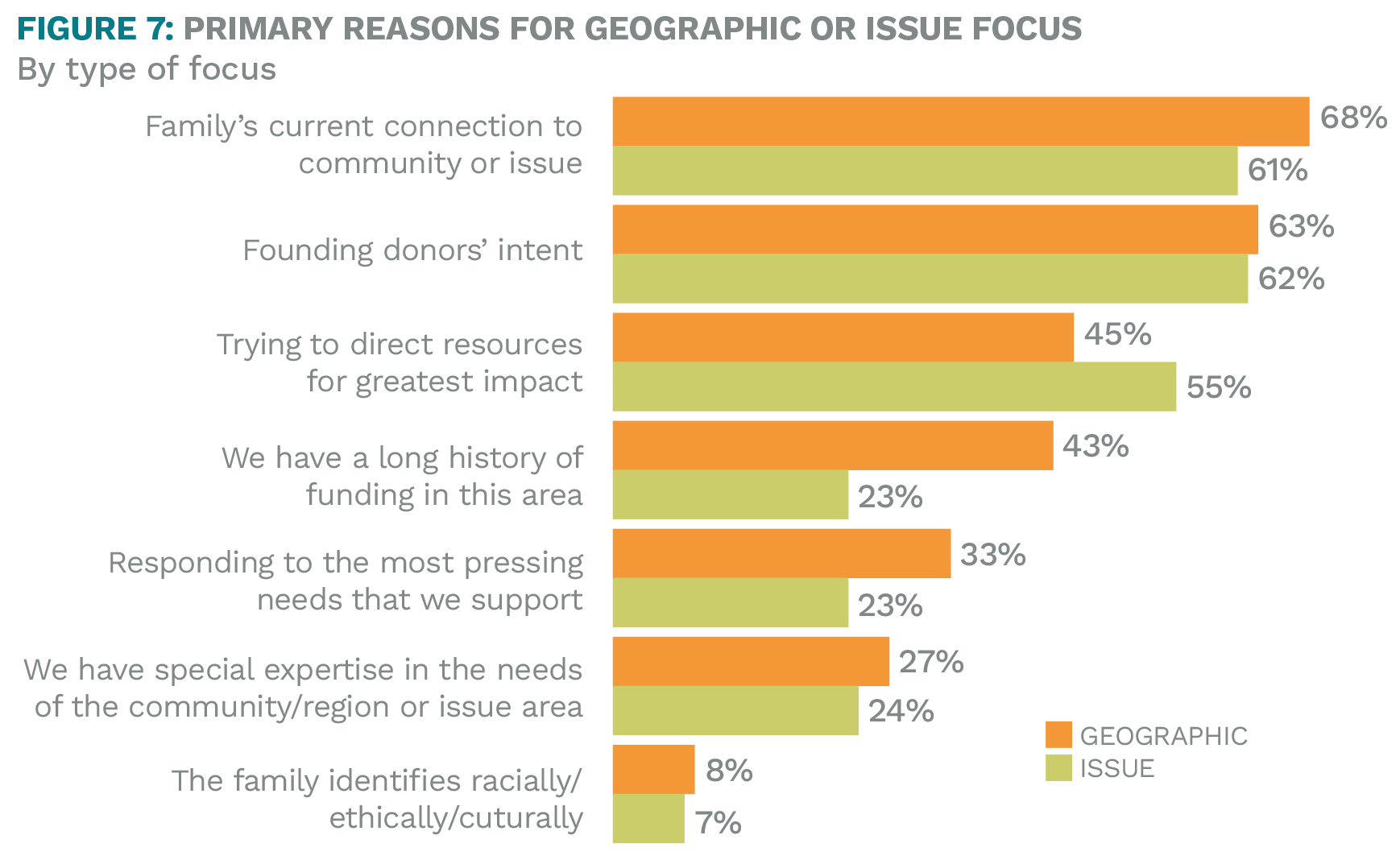 90% of family foundations across all age ranges self-report that their operations are “effective,” with 55% of all respondents answering “5 – strongly agree” when asked on a five-point scale “How much do you agree or disagree: The internal operations of the foundation are effective?” An additional 35% self-reported “4 – somewhat agree.”

The largest foundations, as well as those who will operate in perpetuity and those who have non-family serving on their board or staff, are most likely to strongly agree that their operations are effective.

Founders rate their foundation’s impact less favorably than others (only 33% answered “strongly agree,” vs. 43% for board members/family consultants, and 54% for staff members).

Approximately one-quarter of family foundations self-identify as “very effective” in all three aspects of their work—operations, impact, and family dynamics. These respondents have several interesting characteristics with regard to governance, grantmaking, and family involvement. 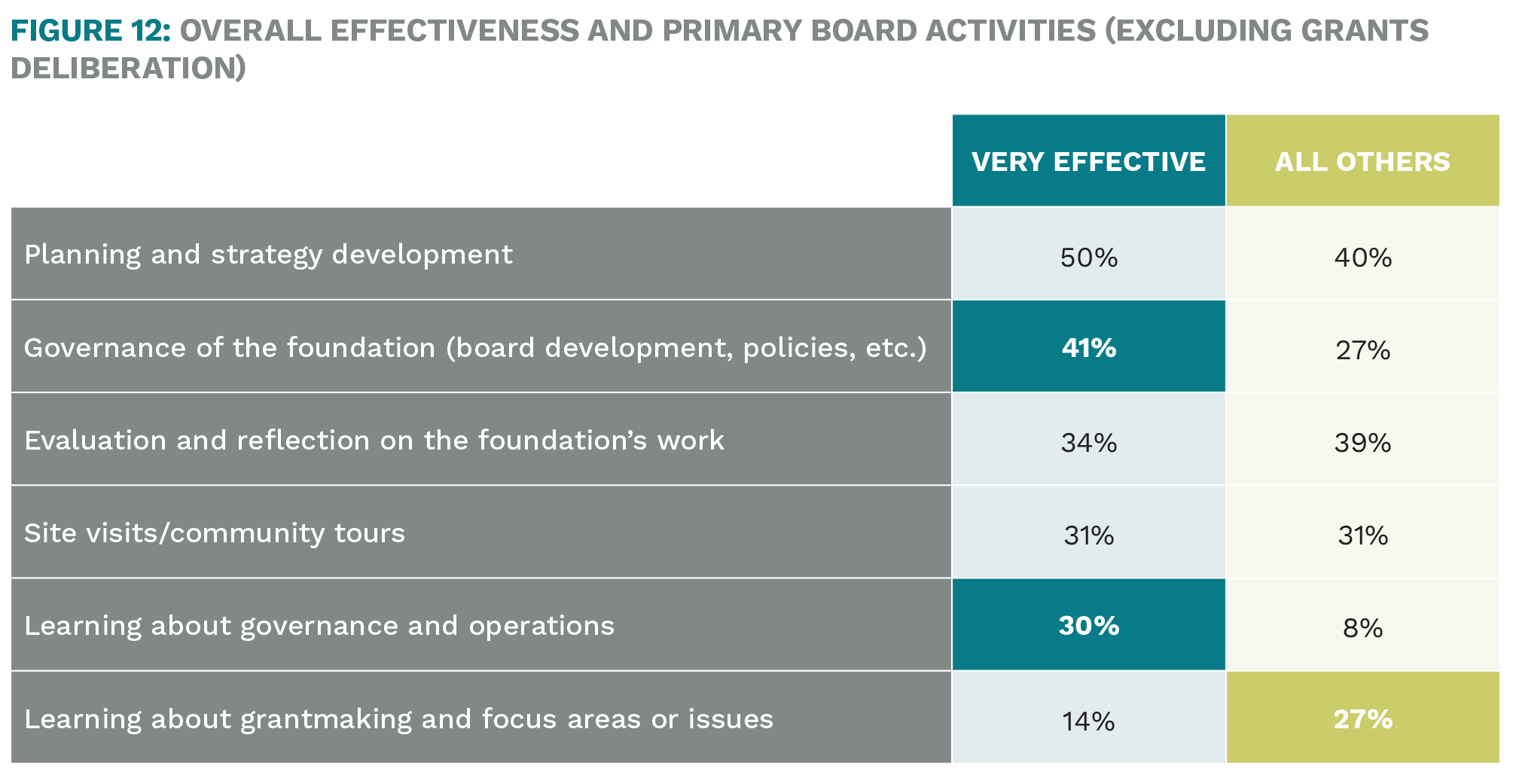 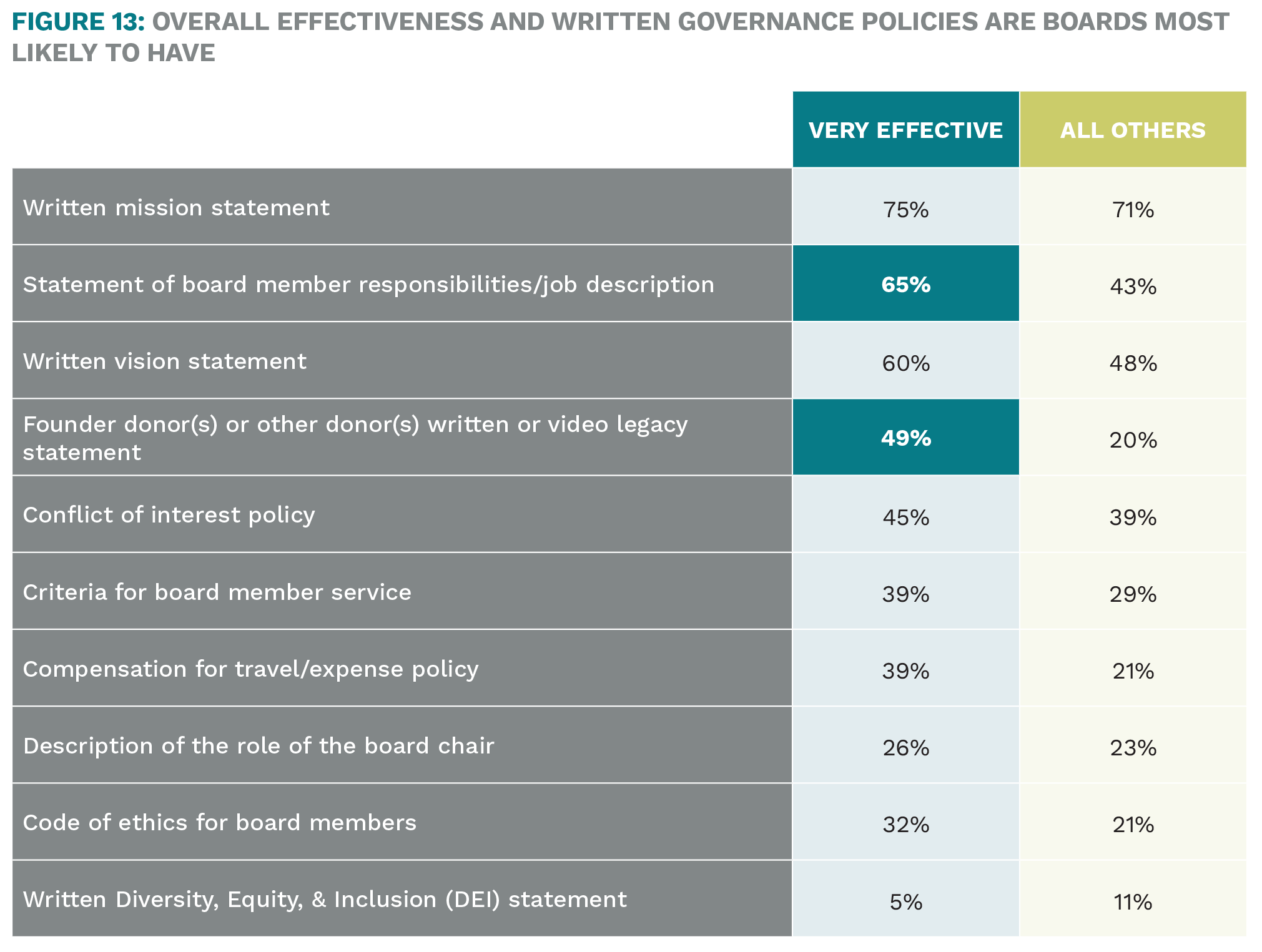 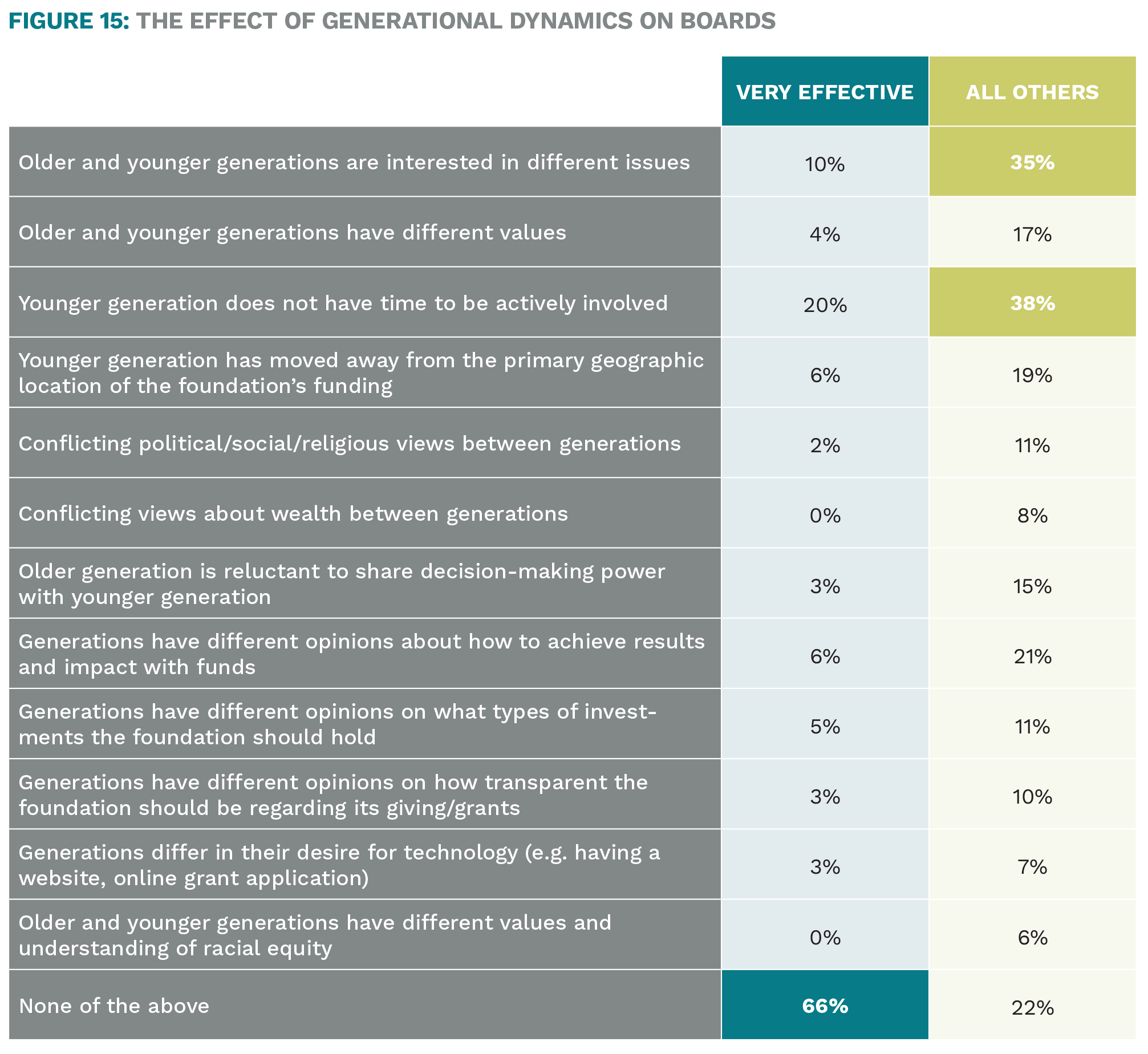