Joe has spent his career working to strengthen democratic institutions through public deliberation and policy reform. Previously, Joe was Vice President of Citizen Engagement at AmericaSpeaks, where he directed and facilitated large-scale public deliberations across the country, including the Unified New Orleans Planning Process after Hurricane Katrina and the redevelopment of the World Trade Center site after 9/11. Joe has written extensively about the theory and practice of deliberative democracy and spoken about the value of public deliberation in venues around the world.

Joe has also engaged the public from inside government. He managed Mayor Anthony Williams’ Neighborhood Action initiative in Washington, DC, which engaged thousands of residents in shaping the city’s budget priorities. Neighborhood Action was named Program of the Year by the International Association of Public Participation. Joe also managed the Northeastern Illinois Planning Commission’s Common Ground regional planning process in Chicago, which later received the Outstanding Planning Award from the American Planning Association for its innovative use of technology and broad community outreach.

Joe was a Public Service Fellow at Harvard University’s John F. Kennedy School of Government, where he received a master’s degree in public policy. He graduated with honors in political science from Vassar College. 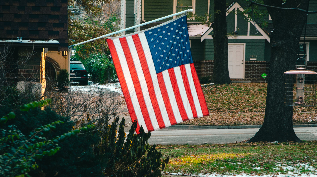 For many, this moment can feel overwhelming and even paralyzing. From climate crises to the opioid epidemic and growing social divides, it can seem impossible to prioritize our philanthropic efforts. As president of a national foundation focused on the health of the American political system, I receive calls daily from family philanthropists who have added the health of our democracy… Read More