Michael Brunker serves as the Executive Director of the Jackie Robinson Family YMCA. Michael was born as raised in Detroit, but moved to San Diego to pursue an assistant basketball coach position at San Diego State in 1980. Prior to joining the YMCA, Michael founded the San Diego Regional Police Athletic League, now known as STAR/PAL. Michael received his B.A in Political Science and Certificate in Secondary Education from the University of Detroit, as well as completed Harvard’s Strategic Perspectives in Non-Profit Management program. Michael has received numerous certificates, including Fundraising Management and the YMCA Organizational Leader certificate. He serves his community in various capacities, including Board Member of San Diego Rotary Club 33 and President of Amateur Athletic Union of The United States. Michael’s ability to form strategic collaborations and attract others to support common goals is exemplified in his new and improved YMCA 50,000 square foot facility. Well known as a role model in the community, Michael discovers areas of need and seeks to provide support and develop programs that address those needs.

Making Space at The Table: Welcoming New Voices to Your Family Giving 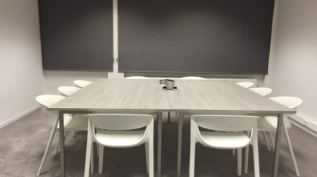 There are so many ways to welcome new voices into your family giving to enhance your own giving and family impact. Having others engaged can enhance diversity, inclusion, help your own family, and introduce new ideas and perspectives for impact. Hear from families who have found creative ways to engage non-family board members, the next generation, and community input. Leave… Read More