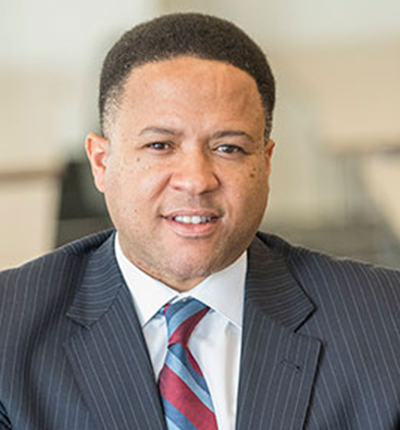 Orlando C. Watkins is Vice President for Programs at the Boston Foundation, where he oversees a discretionary grants fund of roughly $16 million and leads a Program Department staff of two dozen people who work across five core grant-making impact areas – Education, Health and Wellness, Jobs and Economic Development, Neighborhoods and Housing, and Arts and Culture – and two crosscutting strategy areas, Nonprofit Effectiveness and Grassroots.

Formerly Executive Vice President at Match Education, Orlando has over 20 years of experience developing and strengthening educational and community-based organizations. Prior to joining Match, Orlando held the position of Senior Director at the Boston Foundation, with responsibility for developing philanthropic partnerships with like-minded foundations and donors who are interested in strengthening communities through data driven, high impact initiatives. Before joining the Boston Foundation, Orlando served as Chief Development Officer for BELL, a leading national education organization. Prior to BELL, he spent several years as Vice President of Programs for the Greater New Orleans Foundation, including the years immediately following Hurricane Katrina.

Orlando’s career has also included significant leadership roles in government and in higher education including a Governor Appointment as Executive Director of the Louisiana Serve Commission.

Orlando started his career as a social entrepreneur in Atlanta, Ga where he co-founded FreeForm Academy, a private school for young children and served as founding Director of the NASA-funded Inspiring Careers in Engineering Mathematics and Science at Morehouse College. Orlando currently serves on several boards including Horizons for Homeless Children, Camp Harborview and MATCH Education. He has served on several other boards and committees including the Urban League of Greater New Orleans, New Schools for New Orleans, City Year Louisiana, the Institute for the Study of Race and Poverty at Tulane University, Harvard iLab’s President Innovation Challenge, the International Center for Nonprofit Leadership at the University of New Orleans and Associated Grant Makers. Orlando is a graduate of Morehouse College and a recipient of the prestigious Echoing Green fellowship. 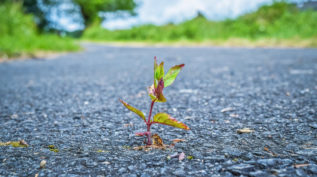 The National Center for Family Philanthropy is dedicated to serving families who give and those that work with them. In response to the COVID-19 crisis, we are offering conversations on topics of interest to all philanthropic families associated with family foundations, donor-advised funds, family offices, and other philanthropic vehicles. For questions about this series, please contact Jen Crino at jen.crino@ncfp.org… Read More