Sue Miller is co-founder of the John and Susan Miller Fund, established in 2013 at The Oregon Community Foundation. Sue currently serves as the OCF’s chair of the board. In addition to serving as Mayor of Salem from 1983-88, Miller was the executive director of Family Building Blocks from 2001 through 2012, and has won many awards for community service, including the Athena Award from the Statesman Journal and the White Rose Award from the Oregon March of Dimes.

So You Want to Be a Family Philanthropist? 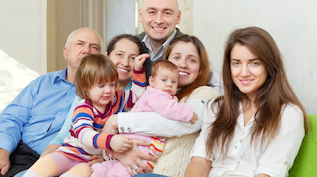 Sometimes philanthropy is done purely for altruistic reasons, but often there are other motivations. Donors with an interest in engaging their family in shared philanthropy must review both the tax implications and administrative costs of the charitable vehicle(s) they consider, as well as the degree of control and influence they wish to retain for years, and perhaps generations, to come… Read More