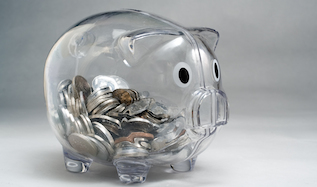 Editor’s Note: This special guest column originally appeared in Nonprofit Quarterly’s “The Cohen Report.” It is reprinted here with permission of the author.

Given the immense diversity of foundations, it is a challenge to talk about any aspect of foundation behavior that goes beyond the minimum required in law and public policy to reach prescriptions for the behavior of foundations across the board. In truth, when discussions occur around issues of accountability, transparency, and disclosure, despite some 100,000 extant foundations, the conversation is implicitly about the larger, higher profile foundations, omitting scads of less visible philanthropic entities that in many communities constitute the philanthropic arena. Hopefully, philanthropic accountability, within which transparency and disclosure are key components, can and should be discussed—and applied, where it fits—against a range of foundation actors rather than only a few.

In that context, renewed attention to transparency might be keyed to the following propositions, none of which need depend on the minimum requirements of the law:

1. Presumption in favor of transparency

As a starting point, foundations should begin their exploration of transparency from the perspective that more transparency, rather than less, is presumptively a good thing. That doesn’t mean that increased transparency is always a good thing, but the presumption should be that it is; for foundations to pursue the alternative, they must argue against increased transparency for reasons of grantmaking strategy. The terminology here doesn’t make a huge difference. As a societal norm that extends to philanthropy, the presumption should be in favor, and to pursue less means having to explain why, as opposed to having to argue for more transparency from the presupposition of less.

2. Presumption that the board is discussing transparency vis-à-vis grantmaking

If the challenge is to think deeply about the strategic implications of increased foundation transparency, the onus is on the board of trustees to do that thinking. Too many boards, one might guess, like to talk about the act of giving grants, but not as much about the community and societal settings in which those grants or broader issues of foundation policy might need increased transparency or openness.

3. Little or nothing to be feared per se

Too many organizations, foundations included, seem to want to restrict access and transparency out of a fear of the potential risk that might ensue from increased openness. Again, while there are reasons why some foundations might strategically need to restrict access somewhat, these fears of transparency are overblown. Often, much less damage results from revelations about sensitive subjects; letting secrets drip out over time makes the issue under discussion seem bigger by the institutions’ unwillingness to release information with reasonable celerity. The information that then comes in dribs and drabs is made to look more significant than it really is—or, worse, that it was information that foundations were trying to keep out of the public arena.

4. What’s good for the goose

Some foundations have an unfortunate propensity to look for or even demand transparency on the part of others—grantees and more—that they themselves might not countenance. For example, in the wake of proposed legislation in California a decade ago that called on large foundations to reveal the racial and ethnic makeup of their board and staff members and their grantees, foundations basically rebelled at the thought—even though many routinely asked for that kind of information on their grantees and promoted that kind of racial/ethnic disclosure on the part of other sectors of society, particularly public agencies and commercial banks. Like the too-frequent examples of nonprofits that advocate for a living wage but propose legislative language to exempt themselves from having to pay it, foundations will generate proposals that somehow free themselves from what they advocate, directly or through their grantees.

While philanthropy may be relatively small in the context of overall governmental spending, domestically and internationally, the resources involved are significant for the communities and stakeholders directly affected. For example, both the Bill & Melinda Gates Foundation and the William and Flora Hewlett Foundation have signed on to the International Aid Transparency Initiative. Their motivations do not appear to be from some inchoate belief in the goodness of transparency, but that making their resource flows in the realm of international aid more “publicly available in a way that people can easily understand” enhances the effectiveness of their work in fighting poverty in developing nations. Critically important is the fact that individual foundations aren’t always simply individual actors. They are part of an interactive—and even occasionally collaborative—dynamic where their effectiveness is improved when, because they have better information, they have more opportunities for coordination with other aid providers, and because stakeholders get to know what is happening with and to them, they get to hold foundations and others to better account. While the IATI is an international body, the same principle holds true at the city and regional level here. Opportunities for more effective, more understandable sharing of information may well increase philanthropic effectiveness.

6. Roles of foundations in society

It may be simply a sign of the times, but examples of public initiatives that are based in or draw upon the roles of foundations are occurring all the time. At the local level, the “Grand Bargain” designed by Detroit foundations is only an outsized example of the increasing influence of foundations in the public arena. Local programs, such as comprehensive community initiatives to remake neighborhoods from the ground up, though the processes often occur top-down, involve not only flows of philanthropic capital into specific neighborhoods, but often the redesign of the operations of public systems. That is certainly the case with many foundations’ ventures into K-12 education, regarding their support of the introduction and expansion of charter schools in public education systems. And it even goes to the national level, with the increasing propensity of the federal government to call on and convene foundations—recently, around veterans issues, concerns around young black males, and social enterprise, just to name a few—where the federal government’s contribution is its bully pulpit and a White House meeting room, but the foundations’ role is to provide the capital. To the extent that foundations, for whatever reasons, are taking positions in public-private partnerships in which they are the dollar figures, the stakeholders may need and deserve more information and openness than is currently available in the official Form 990 or 990-PF. To the extent that foundations are taking on more extensive roles in working with—or sometimes in place of—government in addressing social problems, the onus that comes with that is the need to own up to foundation responsibilities when taking on functions in what was more typically a public space. The issue doesn’t need to be whether or not foundations are public or private institutions, though their tax-exempt status certainly makes them quite beholden to the public for their existence and operations, but whether in today’s society, they are taking on—by necessity, by history, or by circumstance—quasi-public functions that require a level of responsibility and openness to the public that is meant to benefit.

Opinion polls suggest that Americans are at a low point in their trust in government. The sharpest valleys in attitude toward the public sector appear to be aimed at the federal government—the executive branch and, particularly, the legislative branch, though confidence in state government runs 20 points or more above the feds. Trust in big business, banks, organized labor, and television news are all low; in all of those cases, opinion polls put them lower in trust than the presidency, the Supreme Court, or public schools. Various studies suggest that public trust in charities languishes more than a decade after 9/11, and that will not be helped by the recent revelations by ProPublica and NPR about the poor performance, lack of transparency, and internal staff distrust of the American Red Cross. While transparency is hardly the only driver of public trust, it is all but axiomatic that increased transparency—letting stakeholders in on the operations of foundations, what occurs in foundations and how they make decisions—yields increases in trust. Unlike the business sector, which might resist transparency because revelations could give inside information to competitors, foundations aren’t—or at least shouldn’t be—in a position of fearing the revelation of trade secrets when the trade they are in is human and societal betterment.

Frequently, discussions of philanthropic transparency and accountability devolve to admonitions about asking grantees for feedback. Transparency really means going much beyond grantees, which are in a way less likely to be critics of a foundation, given that they’re for all intents and purposes the winners. The transparency challenge is to reach society and to recognize foundations’ role in the public sphere. Even when it comes down to attitudes, asking non-grantees is just as important as asking grantees about attitudes toward grantmakers.

10. More than billions and billions of data points

If Darrell Huff, the author of How to Lie with Statistics, were alive today, he might want to write a book on how to obfuscate with troves of statistics, measures, and big data. If you want to make sure that the public chokes on transparency, then simply dump information beyond anyone’s possible comprehension so that the public runs for the hills—or other safe places. The public wants access to meaningful, comprehensible information. Anyone who has been on some of the online information databases meant to increase transparency in government—for example, USASpending.gov or ForeignAssistance.gov—knows how lots of information may be difficult for experts to wade through, not to mention regular citizens who want to know how their government works. The 990 form is still virtually uninterpretable when it comes to understanding the investment profiles of foundations, much less any effort that aims at combining those investment profiles into a bigger picture of how foundations invest their tax-exempt assets. Giving the public information that is useful in a manner that makes it understandable and useful is what is needed.
Too much of the discussion about foundation transparency has been institutionally narrow: Nonprofits look for better information on the foundations’ dynamics that directly affect their work while foundations try to determine how far they should go in opening up the workings of their “black box” to grantees and applicants. But the issue that doesn’t get addressed enough is the issue of transparency to society, to the public. Philanthropy is increasingly a closed game, with as many as two-thirds of foundations no longer accepting unsolicited proposals. That limits the foundation world’s openness to society, in that the thinking becomes increasingly internal; what foundation executives and trustees become motivated to do is based on their choices of interactions with people and institutions on the outside, and not opening themselves to the public, as represented by grant applicants, for new ideas or expectations of different foundation performance.

There is no checklist of best practices that works for all foundations, no selection of multiple social media platforms to put out information, no template of a great annual report or website that does the trick. Philanthropic transparency requires directors and executives of foundations to think deeply about how increased transparency might make their work more effective, but even more, what they as major institutions should be doing to function in a responsible, responsive manner with the American public that views foundations, even with the advent of 990s, as mysterious and obscure.

This timely and important NCFP Content Collection provides context for new donors considering how public to be with their grantmaking, management and operations, and provides ideas for existing foundations and boards contemplating this question. 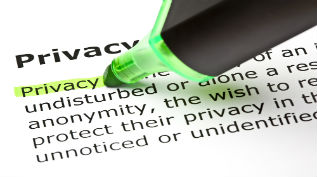