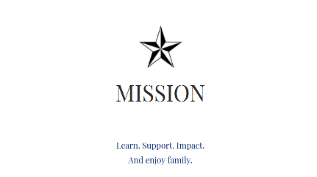 A lot is being written about millennials. Some things are negative and some are positive. Every piece seems to agree that there are key differences between millennials and earlier generations, and they are rooted in major societal changes.

Millennials (born 1981-1995 ) are the first internet natives. They came of age during the financial crisis and are consequently less confident about the future. They have a stronger sense of personal and global awareness, yet they have greater political apathy when it comes to national politics. This is first generation of Americans to be less affluent than their parents.

I have seen this in my own family philanthropy. I have five children. Four of them are millennials. One of them is Generation Z. My millennial children sit on the board of our family foundation, the Morning Star Foundation, that I created in 1993. My youngest child will join when he turns 16. At age 25, I was fortunate to have begun decades-long involvement in my great grandfather’s and grandfather’s foundations, so I understand how being a trustee can profoundly shape one’s perspective. I started the foundation to give my children the opportunity to develop an interest in meaningful projects and programs at an early age.

Personally, I manage an impact investing focused advisory practice in Atlanta as my “day job.”  I have been in the financial advisory business for 35 years and since 2001 have focused on what is now known as Impact Investing.  Looking back over the last 35 years of being involved in the philanthropic world, my biggest change has been moving away from traditional capital campaigns and toward social venture or impact giving.  I have also helped businesses that have incorporated an impact model into their DNA, such as Tom’s Shoes. My time in philanthropy has given me a strong belief that the triple bottom line approach is a very powerful business and philanthropic model. It is one of the reasons I wanted my kids to start serving on a foundation while they were still in high school.  I felt it would offer them a unique perspective to serving and service.

As a father and a trustee, it is important for me to understand the millennial perspective. I spend a lot of time following the latest research on millennial beliefs and behaviors because I want to understand how specifically those beliefs impact their philanthropy, investments, and approach to being good citizens.

How millennials will make an impact in family philanthropy

There’s no doubt that millennials, my own children included, will make a major impact on many family foundations. Whether they become trustees early on or later in their lives, they see the world as interconnected, flat, largely unstable and deeply in need of saving through individualized, focused action.  In many ways they’re more engaged than previous generations.

I, for one, am glad that millennials like my 26 year old daughter Gabriella and my 32 year old son Fuller believe in their own power. Gabriella told me, “Helping people and communities in need by supporting organizations you believe in can make a powerful impact — I am appreciative and humbled by this opportunity.”

Fuller has also said, “Being a trustee on a family foundation since the age of 16 has allowed me to learn about many different issues. Since our foundation doesn’t have a geographic or a mission-related focus, my siblings and I get to be creative in our choices. My choices over the years have ranged from healthcare to technology to coastlines to healthy foods, but they all have one thing in common — access. It turns out that helping people get and maintain access to the things they need is very important to me. I don’t think I would’ve known that without being involved the Morning Star Foundation, [which has] even guided my career choices.”

As the founder of a foundation and having served on several, I am pleased to see the next generation of trustees embrace the significant change occurring in the philanthropic world: moving toward Impact, PRIs and MRIs and other new ways to put corpus to work.

Since starting the foundation as a family, we have learned that you make an impact both by how you give and how you invest your endowment.  I know that at Morning Star Foundation we thrive on change and thinking outside the box, and that my children’s children will learn to embrace change and challenge as they have the opportunity to serve on one of the Fuller E. Callaway Family Foundations. 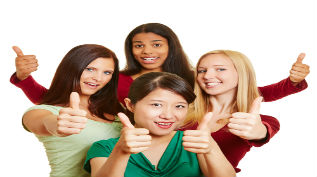