Can We Agree on This Simple Definition of Equity?

Can We Agree on This Simple Definition of Equity? 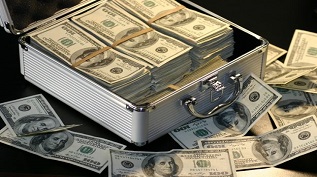 In a previous article, I mentioned that equity has been like coconut water. It’s all over the place. It’s flavored with pineapple, sometimes with chocolate. Everyone is drinking Equity; it’s on websites, in conference themes, and in those “word-cloud” thingies. Given how pervasive it is, it’s weird that we don’t seem to have a common, universally-accepted definition for it. As this article states “Very few foundations had a clear definition of what equity meant to them internally, and absolutely no one saw any common definition emerging from the field anytime soon.” So, after thinking about it for a while and talking to other leaders, here’s my take on it, at least in the nonprofit/philanthropic sense:

“Equity is about ensuring the communities most affected by injustice get the most money to lead in the fight to address that injustice, and if that means we break the rules to make that happen, then that’s what we do.”

Some of you are probably thinking, “Money? That’s your definition? That’s simplistic AF. Maybe you should stick to writing nonprofit jokes.” Yes. It’s money. Equity is about money and whether that money is going to the people most screwed over by our society. All of us need to stop avoiding this basic premise.

I know this is an old report. Unfortunately, I don’t think things have really changed. The Greenlining Institute found similar findings in their report published in 2008. Nationally, in 2005:

If you have more recent data, let me know. I’m willing to bet my 1997 Toyota RAV4 that the numbers are pretty much still the same. And it is sad. Here, read this paragraph:

“[I]mmigrant organizations have received little support, despite the fact that immigrants have become the target of hate crimes and increased government intrusions, detentions, and deportations. In 2003, the Council on Foundations released an analysis of donations for Sept. 11 relief and recovery efforts for the first anniversary year. Of the $1.7 billion distributed, only two percent ($34 million) went to low-income and immigrant communities.”

That’s from the first report. 14 years ago. It should alarm and anger all of us that a paragraph written over a 14 years ago is probably still very much true today.

So that brings me back to the definition of Equity. We can talk about Equity, debate the definition of Equity, put on conferences around Equity, form a committee to analyze Equity, read white papers expounding on Equity, look at charts with kids standing on boxes illustrating Equity, put on a sock puppet show about Equity, etc. None of that matters if the communities most affected by inequity still get token funding to tackle it.

In fact, those things might be destructive to Equity. The talking about Equity without actions around funding is pervasive, and it is insidious, lulling all of us into a sense of complacency, making us think that we’re actually achieving Equity, and then 14 years later, our communities still face the same heartbreaking nightmares day after day. As my colleagues and drinking buddies at fakequity.com (which I recommend you subscribe to; they publish each Friday) say,

”Don’t use the equity word because you want to get some points towards the Woke Awards, like the Academy Awards for Wokeness. And definitely don’t use the word equity to get street cred in the Woke Wars: look at me, I’m so bad-ass for working on this hard ‘equity’ project.”

This brings me to the second part of the definition of Equity, “…and if that means we break the rules to make that happen, then that’s what we do.” Equity requires us to reassess and abandon rules and regulations and definitions that prevent resources from reaching the people most affected by injustice. Who created these rules and definitions? Who benefit most from them? We’ve been using the same inequitable processes and definitions to allocate funding, where the organizations that writes the best grant proposals and have the best data get awarded. Which probably explains the sad numbers above. Why not make decisions based on whether the board and staff are made up of a significant number of leaders from the communities being served?

Whenever I bring up these points, though, there’s always someone who says things like, “Well, how do we know that these minority-led organizations will be effective?” This is for another post at another time, this default burden of proof that is forced on marginalized communities, whereas the dominant cultures are given trust (and thus funding) at the onset. If we do not as a sector believe deeply that the people who have first-hand experience of injustice would have the knowledge and expertise and thus are most effective at solving these issues, then it’s hopeless. Fortunately, there are organizations like the Philanthropic Initiative for Racial Equityand Funders For Justice that can provide some guidance.

Nonprofits, meanwhile, are not exempt from abiding by this definition either. For example, we still have Trickle-Down Community Engagement (TDCE), and we have too many organizations tackling systemic inequity yet still have mainly white staff, which means funding in the form of salaries and professional development are not going to the communities most affected by injustice.

I mentioned earlier that “money and how it’s allocated is the Arborio rice in the risotto of justice.” Let’s stop wasting time, expounding and intellectualizing in search of some profundity around Equity. It is simple. As former Vice President Joe Biden said, “Don’t tell me what you value. Show me your budget, and I’ll tell you what you value.”