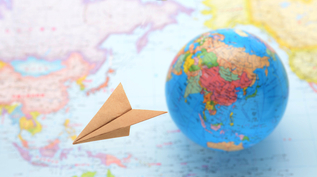 Supporting small nonprofits in Latin America can have a higher comparative impact due to lower overhead, higher local community involvement and sustainability prospects. However, major donors must understand the unique challenges these nonprofits face in order to be responsible and committed to making long term sustainable change in the region.

Advice for donors: Analyze your values and identify which themes are important to you in order to direct your giving. After clarifying your values, research online or hire a consultant to make recommendations about where to invest your funds and support.

There often isn’t a transparent or strict accountability system for nonprofits in comparison to more developed countries. For example, when my Philanthropy Consultancy vetted nonprofits in Guatemala, a few nonprofits were surprised and uncomfortable when we asked about financials. The nonprofits’ lack of knowledge about foreign donor expectations means that they don’t prioritize the importance of transparency measures such as publishing annual reports or having a semi-professional website. As a result, these nonprofits are likely to be passed over by potential major donors.

Advice for donors: If you want to work with a small, locally run nonprofit in a developing country, make sure to research beforehand. You need to communicate your expectations clearly to the nonprofit. Investigate their commitment to transparency, reporting expenses and how they may use your donation. Smaller foreign nonprofits are more likely to make a more community led and sustainable impact, but you must also be patient and communicative.

A general lack of trust in Latin American communities is extremely high due to historical, political and cultural factors. Public institutions are rife with corruption, meaning that services designed to protect citizens (such as the police) cannot be relied upon. This hugely stifles nonprofit progress and growth. For example, “an idea arose to create a database to control and track drug cartels, but the lack of trust among officials rendered it inoperable because they could not find people to run the program.” Fear of extortion translates into a low level of transparency and visibility regarding nonprofit income.

Overhead includes large, essential costs that all nonprofits need help with, such as operations costs. For example, 48% of the nonprofits that Pinero Philanthropy represents said that staffing costs are what they most need funding for. Donors often prefer to see where their money goes rather than into unrestricted funds which can be used at the nonprofit’s discretion. Nevertheless, as Kevin Starr for the Stanford Social Innovation Review says: “[u]nrestricted money makes an organization work smoothly, enables innovation, and provides fuel for growth… and allows people to get down to business”.

Advice for donors: Consider having your donation cover essential running costs of the nonprofit. Review the nonprofit’s expense and progress reports. If you have doubts regarding how your donation is being spent, rethink your nonprofit choice or employ a third party consultant on the ground to impartially verify that everything is running efficiently.

If you keep these four factors in mind, there should be fewer surprises if you choose to direct your philanthropy towards the Latin America region. While giving locally or nationally may be an easier, more convenient option, the Latin America region only received 6.9% of US foundation giving in 2013, with a mere 0.5% going to Central America.

There is a lot of impact to be made if major donors are informed and dedicated to long term change. Are you up for the challenge?