Ellen Schneider is Founder of Active Voice and Director of AV Lab. Ellen has been a leader in social justice media strategies for over 30 years. She currently leads the Active Voice Lab, which builds tools — such as ThePrenups and HowDoWeKnow.net — that help people use stories, art, and culture to advance social change. In 2001, with support from MacArthur and Ford Foundations, she founded Active Voice, one of the first teams to leverage story-based media to put human faces on complex social and policy issues. Ellen was formerly the executive producer of P.O.V., where, in the 1990s she created High Impact Television®, a technique for creating links between independent filmmakers, opinion leaders, grassroots organizations and other media. She also consults with media-savvy pioneers like Atlantic Philanthropies, MacArthur Foundation, Ford Foundation, Haas Jr Fund, and Participant Media. 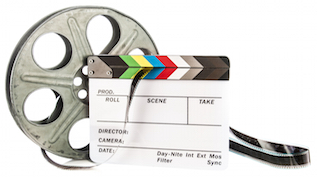 A picture is worth a thousand words and increasingly a well-designed film can catalyze impact far beyond the investment required to produce it. From the Deepwater Horizon oil spill to the privacy issues raised by Edward Snowden to Jewish-Palestinian relationships, learn how donor families are using films to advance change on the issues of today. … Read More