Gayle Williams brings 30 years of leadership and management experience in philanthropy and nonprofits. After 19 years (1993-2012) as Executive Director of the Mary Reynolds Babcock Foundation, Gayle now works as a consultant to foundations and an individual leadership coach. Her consulting focuses on foundation strategy and executive leadership. Her coaching concentrates on foundation and nonprofit executives, including younger leaders in the sector, with a concentration on transition.

In addition to her coaching and consulting, Gayle is a Courage and Renewal® Facilitator, serving as a facilitator for the Center for Courage and Renewal’s Academy for Leaders, for Courage to Lead in Philanthropy, and for an emerging Courage to Lead circle of people in serving professions in her home community. She chairs the board of Management Assistance Group, a national consulting firm serving social justice movements and networks with the core values of dignity, love and justice. In 2015, she served as Interim Executive Director of Management Assistance Group.

At the Babcock Foundation, Gayle led the board and staff in two ten-year cycles of strategic learning and development focused on equity and opportunity in the Southeastern US. She developed structures and processes for engaging the board and staff in reflective practice and evaluation and led experiments such as the Foundation’s successful Organizational Development Program and its Network Officer role. Prior to the Babcock Foundation, Gayle was Program Director for Education at the Lilly Endowment in Indianapolis, Indiana where she led community-based initiatives on educational equity. During her time in philanthropy, Gayle served on the boards of Grantmakers for Effective Organizations and Grantmakers for Children, Youth and Families. Over the years, she has served on several national and statewide nonprofit boards. 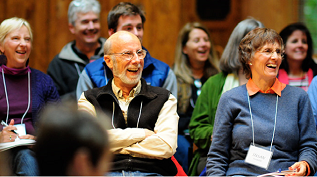 This intimate retreat, limited to 25 current leaders (CEOs, board chairs, and other family leaders) and co-sponsored with the Southeastern Council of Foundations, provides a unique opportunity to discuss fundamental questions of leadership, impact, sustainability and self-care. The retreat will include time for individual reflection and small group dialogue to explore together “habits of the heart” that tap into one’s… Read More

Leading by Design: a Special Retreat for Family Foundation CEOs 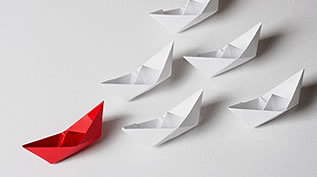 The role of a family foundation CEO is unique, often bridging generations of family members, community leaders, staff, advisors and partners. Expectations can be challenging to meet and boundaries are sometimes vague and ever-changing. Success in this role requires a cadre of specialized leadership skills. This retreat will help you identify the roles essential to your position—and envision them with… Read More