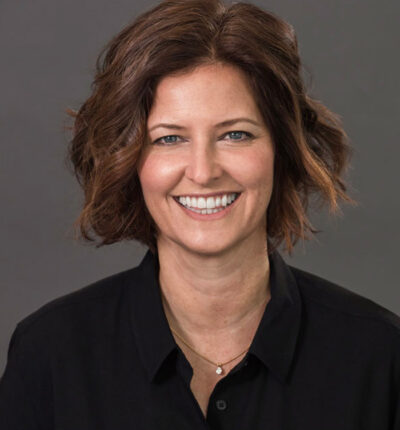 Jen Rainin launched the Kenneth Rainin Foundation in 2008 and has served as CEO since that time. She is known for her collaborative spirit and seeking ideas outside of philanthropy’s traditional circles. Her active engagement with grantees, funders and others connects people to inspire new partnerships and shared success.

Under her leadership, the Foundation’s targeted grantmaking has produced several major initiatives. In the Arts, she established the SFFILM Rainin Filmmaking Grants, the largest granting body for independent narrative feature films in the US. She also helped create the Community Arts Stabilization Trust, a groundbreaking real estate holding company that is internationally recognized for innovations that mitigate the displacement of Bay Area arts and cultural organizations. In Education, Jen has prioritized early childhood education in Oakland, supporting literacy development for children from birth through third grade, and professional development for their teachers and tutors. In Health, Jen has focused the Foundation’s grantmaking to support high risk, high reward ideas that advance Inflammatory Bowel Disease (IBD) research. She was instrumental in launching the Foundation’s annual Innovations Symposium, which brings international and US researchers together to spark novel ideas and cross-disciplinary collaborations in IBD research.

Jen’s personal filmmaking is focused on building community, deepening understanding of social justice issues and great storytelling. Her producer credits include Stage Left (2011) that traces the history of Bay Area theater, Two Spirits (2009) that explores gender identity in Native American cultures, and Homeroom (2021) that examines the Oakland public school system. Her latest documentary film, Ahead of the Curve (2020), is her directorial debut. It tells the story of Jen’s wife, Franco Stevens, one of the most influential women in lesbian culture and founder of Curve magazine, the best-selling lesbian magazine ever published. The film has sparked the creation of The Curve Foundation, dedicated to empowering lesbian and queer women to connect with each other, share their stories and raise visibility.

Jen’s innovative spirit and deep commitment to philanthropy was instilled early on by her father, Kenneth Rainin. Her collaborative leadership has garnered several awards, including 2015 Outstanding Foundation from the Golden Gate Chapter of the Association of Fundraising Professionals, Inside Philanthropy’s 2014 IPPY award, and the Crohn’s and Colitis Foundation of America’s 2013 Champion of Hope.

Five Lessons from Our DEI Growth and Transformation

This blog was collaboratively written by the Kenneth Rainin Foundation’s Executive Team A few years ago, the Kenneth Rainin Foundation embarked on a mission to explore how we could play a role in building a more diverse, equitable and inclusive future. Like many other foundations on this journey, a core part of our process has been documenting and sharing what… Read More