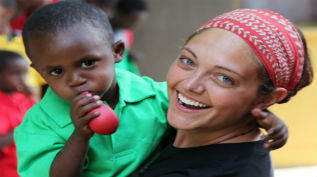 Social movements are at the core of who we are as a society.

People participate in these social movements because those who can’t stand up for themselves need the voice of strangers to be there for them. It’s the real reason most of us get behind a cause – an inspirational story, a symbol or a vision inspired us.

A social movement for good raises awareness about an issue to generate support for the benefit of an aggrieved group. Social movements are rooted in the idea that individuals can band together and combine their resources to make an issue more apparent and noteworthy.

These social movements are great opportunities for family philanthropists to align their resources and voices with like-minded people who want to bring about change. In many cases, the resources required to launch and sustain a social movement aren’t financial — they are human.

1- Gauge Your Family’s Level of Interest

How do you tell when a social movement is beginning to pick up steam? Typically, the most successful social movements for good begin with a starter audience or group of early adopters. This initial group of believers represents those who are already affected by the issue they are looking to address. They are small groups already organized for the cause and immediate circles of influence represented by close friends, family peers and early philanthropic investors.

A social movement for good in the early phase is essentially a shell and structure for the already converted to convene for a common theme and concept of action. This phase can be very challenging for the movement builder, because if various groups are being convened, they may represent common yet disparate views on the issue. For the movement to take hold, philanthropists need to move individuals from talking to acting, which is why it’s important for an organization to have a grassroots network of supporters. Families can help build the network of grassroots supporters through personal relationships.

The first phases of a social movement (right when it’s starting to gain momentum) is the ideal time to bring the family together and decide how it aligns with your philanthropic purpose and how it appeals to all generations of the family. If the movement doesn’t appeal to everyone in your family, it is worth considering whether this is the right idea to support given the broad appeal necessary to gain movement status.

2- Watch How The Movement Evolves

When a movement grows, organizers begin to focus on more tangible activities – such as signing a petition, fundraising and volunteering. This allows those who are involved with the movement to get organized and take action. These actions allow the grassroots organizers to take the crucial step of generating awareness and soliciting the support of their peers.

These movements generate philanthropic power only when individuals believe strongly enough in the cause to go out and ask friends, peers and contacts to give an asset they find valuable.

During this phase, we begin to see the formations of leadership take shape within communities. These leaders, whether through formal or informal roles, begin to focus their energy on creating easily identifiable and achievable actions. Individuals begin to help spread the word through advocacy efforts and online tools like Twitter and Facebook. Through organized activities, local groups and organizers help the unconverted understand how the issue affects them personally, draw that attention to take an action, and spread the message.

3- Focus on a Pinnacle Action

A social movement moves beyond its core group of supporters and begins to connect with the broader public through a pinnacle action — typically a notable awareness builder that is accompanied by a meaningful call to action.

This action can take many forms. It can represent symbols, actions, activities and events. A social movement for good that has built a viral audience tends to revolve around a symbol or activity that helps participants stand out from the crowd. Examples include: wearing a shirt, changing a profile image in social media, or deciding to grow facial hair.

This is the peak of the movement and what generates the general public’s interest. This is an opportunity for philanthropists to support the efforts of social movement leaders by connecting them with key stakeholders that will elevate the issue in the public discourse.

These leaders create steps for activism to convert cause enthusiasts to sustained cause supporters. The steps can range from online support such as “liking” and sharing, to offline engagements like organizing local events and meeting with local leaders and stakeholders.

Each activism step gets individuals closer and closer to the issue while making them feel the movement is closer to achieving its said goal.

So how do these four actions apply to real life examples? Take Mallory Brown (pictured above), founder of World Clothes Line, for example.

After witnessing economic inequalities in countries like Indonesia, Thailand and Southeast Asia, Ms. Brown started giving away her excess clothes to people in underserved communities while traveling – people who needed the clothes more than she did. This simple premise was the inspiration for her social enterprise, World Clothes Line. Through World Clothes Line, individuals buy clothes from a website, and the organization delivers the items to people in need.

It’s often easy to generate awareness. It’s much more difficult, however, to generate the resources to create social change.

To empower effective social movements, family philanthropists need to move individuals from talking to acting, and give them the tools they need to make that transition.

The only way for a movement to change is when philanthropy is conducted by the people who believe in the issue, make that issue their own and go out and raise the funds necessary to create social change. This is a critical role family philanthropists can play.