The Brinson Foundation’s Commitment to Living Its Values

The Brinson Foundation’s Commitment to Living Its Values 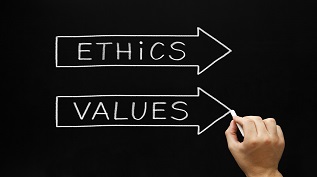 Since its creation in 2001, The Brinson Foundation has focused in the areas of education and scientific research in order to create a world where all people are valued and committed to improving the world in which we live. As the foundation works to achieve this big goal, it has found that maintaining a strong commitment to its values – such as forming strong, collegial and collaborative relationships with its grantees – is critical to its success and influential in shaping its practices.

One of the biggest ways these values influenced its practices is in how it funds and supports its grantees. The Brinson Foundation broke away from its traditional emphasis on restricted, project-based funding and began providing more general operating support to its grantees — now accounting for more than one-third of its total grantmaking dollars. “We are far more interested in our grantees’ impact and therefore do not have a fixed percentage of their budgets or of our grant that we will allow an organization to spend on indirect costs.” said Christy Uchida, senior program officer at The Brinson Foundation.

Many agree that grantmakers can strengthen the effectiveness of their grantees by providing more unrestricted funds to cover operating costs. Nonprofits can use unrestricted funding as they see fit to address urgent and emerging issues, invest in their organizations’ infrastructure and meet other operational needs. And yet the gap between knowledge and action still persists. It exists in part because many are concerned about a potential loss of accountability and struggle with how to measure results and impact. This is where The Brinson Foundation found that it was sometimes at odds with its culture of building strong and open relationships with the organizations it funds.

The foundation points to the research it did as a watershed moment in changing how it offers grants. Driven by a desire for consistency with its values and its interest in promoting grantee effectiveness, the foundation looked to develop new evaluation practices that would simultaneously allow them to evaluate the effectiveness of their grants while also supporting grantees’ operational needs. Resources like the General Operating Support: Action Guide helped staff set aside concerns about their ability to evaluate general operating support. “We felt a pressing need to change the nature of our evaluation and start looking at things at an institutional level. Questions that are broader in nature often give us a better understanding of an organization’s health and ability to deliver strong programs.” said Jim Parsons, president at The Brinson Foundation.

Finding the right way to evaluate its general operating support grants required the foundation to adopt an approach that would lead to more trusting relationships with its grantees. According to Parsons, it involved bringing the foundation’s grantees into the conversation in a much bigger and more direct way:

“The metrics we rely on have to be developed by our grantees as they are the ones with the expertise. They have to be able to articulate their objectives and how they’re going to be measured. If we believe their goals are appropriate and their tracking methods are effective, we can focus on whether they are achieving them. Our due diligence questions can be ‘Are you establishing reasonable goals? Do you have a good way to measure them and can you demonstrate that you are achieving them?’”

This straightforward approach to grantmaking also reduces the power imbalance in philanthropy and brings new transparency and trust to the grantmaker-grantee relationship. Parsons said, “When you move to general operating support, the quality of conversations is enhanced as you seek to gain a better understanding of an organization’s direction, management and governance. This leads you more deeply into the heart and soul of the grantee and requires you to build mutual trust.”

The consequence of not providing general operating support is more of the status quo: nonprofits without the infrastructure they need to perform effectively; widespread burnout among nonprofit leaders; and a lack of openness and trust between grantmakers and grantees. 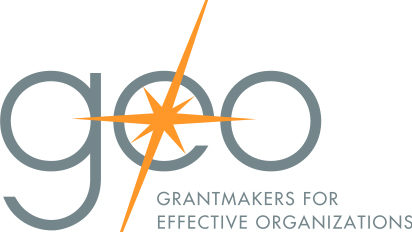