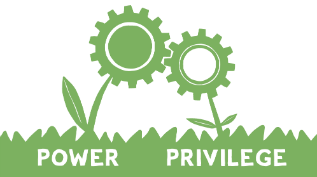 Editor’s Note: This post is the latest in a series of posts from the leadership of the Quixote Foundation, which completes its “spend up” process at the end of 2017; this post continues to share some of their core lessons learned from Quixote’s work in the area of diversity, equity, and inclusion.

On the issue of funding racial equity – and the broader concepts of diversity, equity, and inclusion – we at Quixote Foundation have a clear point of view.  To begin, if equity work calls to you, go for it!  Don’t be scared; don’t shy away.  Whether you are explicitly focused on social or economic justice, or if you focus on education, community development, the arts, or the environment, we at Quixote think applying an equity lens to your work is one of the most timely and mutually beneficial paths a funder can take.

Our second point is more instructional. If you decide to embrace a strategy of diversity, equity, and inclusion (DEI or REDI as it is also sometimes referred to), don’t enter into it lightly. This is not just about adding a few boxes about staff and board diversity in your grant applications.  Nor is it simply about re-stating your grant guidelines. DEI work is complicated, you can’t just throw a little money at the challenge.

Which leads us to the third point.  To do REDI work correctly requires a fundamental shift in your external stance as a funder as well as a deep examination of your internal structures and processes. Embracing diversity, equity and inclusion is particularly challenging because ultimately it’s not just about race, or gender, or changing the faces at the table.  It’s about power.  It’s about privilege. And, it’s about confronting how power and privilege – warped by long-standing social and structural inequities – guide our work as funders. To do this right requires that we challenge the structures that perpetuate the status quo and re-imagine the relationships we have with our grantees, with other funders, within our internal teams, and with ourselves.

The bottom line is this: Funding equity demands sweat equity. You can’t just write a check. You need to step out of your comfort zone and roll up your sleeves.

If you engage in DEI funding with an open heart and mind, the result might be among the most rewarding and enlightening experiences you have as a funder.  It was for the Quixote Foundation.

As long-standing funders of the National Wildlife Federation’s (NWF) work on environmental equity, we decided to support their stated goal of becoming more reflective of the nation’s diversity in its leadership and membership. At first, we thought we were pretty smart.  We understood that our job was to provide resources that support NWF’s vision and goals. We weren’t interested in asking them to simply report on their diversity statistics while we sat back and judged their progress.  Knowing that this kind of internal change requires time and resources, we offered multi-year financial support that we hoped would set a solid base for achieving long-term DEI goals.  We also worked with strong internal champions who shepherded the work forward.

As we checked off the list of DEI best practices, our instinct told us we were being “good funders.” Along the way, we checked in a bit, and generally liked what we saw.  At one point, we participated in a powerful DEI workshop that NWF had commissioned for their regional leaders.

Then, at the end of the three-year grant in 2013, we received NWF’s final report. And the sweating began.

The report gave us the impression that NWF’s effort to reach their DEI goals had hit roadblocks. While progress had been made, certain objectives had not been met, and the report did not clearly communicate the path forward for advancing the work.

What followed were the real lessons we learned about what it means to support diversity, equity and inclusion.

The typical funder-grantee paradigm can be viewed as transactional.  The funder provides resources and then the grantee “performs” by meeting the general or specific objectives of the grant agreement. After reviewing NWF’s final report, we were faced with a dilemma. Do we engage? Or do we step back and write off the grant as a disappointment, if not an outright failed grant?  After all, even though the work appeared stalled, we knew from experience that when doing equity work, nothing is wasted.  NWF had also undergone a major re-organization over the past year, and we thought that perhaps the committed focus on diversity, equity, and inclusion had gotten lost in the shuffle.  Our dilemma was complicated by the fact that Quixote Foundation was in the final years of its strategic lifespan –our “Spend Up” – and we had no funding resources to use as an incentive for NWF to revitalize their DEI work.

Then we had our first epiphany.  Funding NWF’s DEI work was not about the grant, or the Quixote Foundation, or even about NWF.  It was about the urgent imperative for the U.S. environmental movement to reflect, engage, and mobilize the full diversity of the country. Not to get too high and mighty, but it was about saving the planet.

That sense of urgency enabled us to shed our role as funder, and instead engage with NWF in a more genuine way based on our shared commitments and values, not on the transaction of the grant. Ironically, by taking this approach, we were not just supporting NWF’s DEI goals; we were leaning into our own commitment to DEI.  Not only were we prioritizing an effort to move DEI forward with a grantee, we were increasing our own ability to see our blind spots within the inherently unequal funder-grantee paradigm.  Equity work is transformative because it shifts and widens perspective; we can’t change what we don’t see.

Of course, we would not have been at the table if we weren’t a funder. Our approach was not about denying the funder-grantee paradigm, nor its problematic components. It was about navigating it more deliberately and respectfully. We engaged in authentic conversations that acknowledged the power dynamic, and then re-focused our collective energy on a broader vision and goal. Together, we were operating within the lens of equity and inclusion, not merely viewing an issue with that lens.

In our sometimes-challenging conversations with the DEI champions, the NWF Board and the senior leadership team, we weren’t the heavy-handed funder with all the answers.  On the contrary, we pulled the curtain back on Quixote’s own struggles in addressing DEI and engaged with empathy, patience, and respect. Ultimately, we used the report as a learning moment and point of entry.

The result of these shared efforts is that NWF’s commitment to build “a conservation army that includes and empowers the full diversity of Americans” has become fully activated.  The last two years of annual meetings included a large-scale focus on DEI, with unconscious bias sessions on race and gender that resulted in packed rooms.  Thanks to the determined efforts of some NWF women, the organization recently held its first Women in Leadership Summit. NWF is leaning in to change happening across the organization; progress on DEI, which will surely benefit the future.

Funders often pride themselves on the value of their strategic advice and guidance, in addition to the crucial financial resources. To be blunt, that model is a classic expression of white, male, upper-class supremacy. We have the money and the power, so therefore, we have the wisdom.  What Quixote Foundation learned in comprehensively embracing diversity, equity and inclusion is that the value of our resources can be amplified many-fold when we combine those resources with a genuine commitment to the value of personal relationships.  Even if they make you sweat a little.