David Neal is senior attorney with the Southern Environmental Law Center (SELC), where he works on environmental justice and energy policy. Prior to joining SELC, he had a career in criminal defense work. He is the co-founder and former executive director of the Fair Trial Initiative (FTI), a non-profit dedicated to improving the quality of representation received by people facing the death penalty. Following work for FTI and a law firm, David was a sole-practitioner focused on criminal appeals and capital post-conviction.

David is a trustee and immediate past-president of the Z. Smith Reynolds Foundation and a former board member of the Proteus Fund. He has previously served on the boards of the North Carolina Conservation Network, the Common Sense Foundation, and the Orange County ACLU.  Before law school, David worked as a Peace Corps volunteer in the former Soviet country of Turkmenistan. He completed his undergraduate degree at Oberlin College and law degree at UNC School of Law in Chapel Hill. 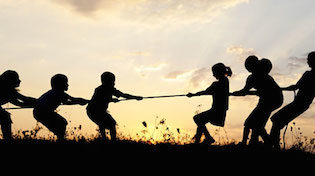 Racial diversity and inclusion have been central to the grant making strategy at the Z. Smith Reynolds Foundation for decades. In more recent years, the Foundation has deepened its engagement with racial equity. For David L. Neal, a family member and trustee at the Winston-Salem, N.C., family foundation, this focus on equity has been a high priority. Not long ago, however, as he was researching his family’s — and the foundation’s — history, he discovered that its legacy is more complicated than he had once thought… Read More