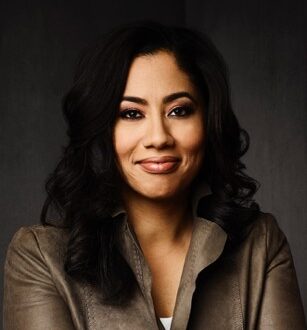 From education to activism, Liz Dozier has spent her career working tirelessly to eradicate systemic inequities that limit America’s communities from thriving. Her ambition is born from her experiences as a teacher and principal in Chicago Public Schools. In 2016, Dozier launched Chicago Beyond, which works to ensure all young people have the opportunity to live a free and full life.

Chicago Beyond focuses on two ends of the spectrum – from impacting systems that are not working for all people, to supporting hyperlocal community leaders, organizations, and ideas. Since its inception, Chicago Beyond has invested more than $40M in barriers to equity – from education, to youth safety, to health, wellness, and beyond.

Chicago Beyond’s investments include programs that strengthen young African American fathers, and take holistic approaches to healing in communities. Some examples of this work include the co-creation of the Healing-Centered Framework for over 330,000 students in Chicago Public Schools District as well as launching the Chicago Beyond Holistic Healing Fund. Beyond funding, Dozier and her team work hand-in-hand with their investment partners to provide the strategic support and thought partnership they need to achieve their goals and reach more young people. Chicago Beyond has also launched several initiatives to support communities in real time which include work during the COVID-19 pandemic and larger initiative that supports the movement for justice in the name of Black communities. Some of Chicago Beyond’s investments, partnerships, and initiatives over the years include The Abundance Movement, Why Am I Always Being Researched?, and Rapid Response Fund.

In 2008, Dozier was selected by Arne Duncan, CEO of Chicago Public Schools at the time and later U.S. Secretary of Education, to participate in a bold strategy for improving Chicago’s lowest performing schools, known as the Turnaround Model. Later, Dozier became the principal at Fenger High School, at the time known as one of the most violent and underperforming schools in the city of Chicago. Keenly aware of how traumatic events outside of the classroom were affecting Dozier’s students, changes were made within the school including the adoption of restorative justice and mental health and wellness strategies. Under Dozier’s leadership, Fenger was the first Chicago school to institute CARE Teams to surround youth in crisis, and the entire staff at Fenger was trained in de-escalation and trauma-responsive approaches. Dozier also implemented grief counseling, and anger group therapy sessions for students undergoing similar life experiences. Due to intensive tactics and new practices, under her leadership the school experienced a decrease in its dropout rate from 19% to 2%, a 40% increase in Freshman On-Track to graduate, and double-digit increases in attendance and the school’s state graduation rate. During Dozier’s tenure from 2009-2015, Fenger became one of the district leaders in restorative justice, social and emotional learning and academic interventions.

Dozier’s work has been featured in Paul Tough’s New York Times Best Seller, How Children Succeed and Harvard Education Press’ Belonging and Becoming: The Power of Social Emotional Learning in High Schools. Ebony magazine named Dozier one of its “Power 100” and CNN followed her work as a part of its eight-episode docu- series, Chicagoland. Dozier has been invited to speak about her work at numerous public and business institutions, including the John F. Kennedy School of Government at Harvard University, the Institute of Politics at the University of Chicago, Milken Institute, Aspen Ideas Festival, SXSW and SXSW EDU. Dozier also hosted the first-ever Obama Foundation Summit and the Kennedy Forum’s Fourth Annual Meeting on Mental Health Equity. A National Board Certified Teacher in mathematics, Dozier holds a bachelor’s degree in Business as well as a Master’s degree in Educational Leadership. 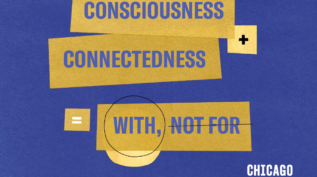 In 2015, I stepped away from the field of education and dove into the world of philanthropy. Previously, I had been principal of Fenger High School on Chicago’s South Side. My experience with funders had been exclusively on the receiving end; my team at Fenger and I worked hard to secure financial resources that would allow us to support our… Read More