Anne Wallestad serves as president and CEO of BoardSource, a globally recognized nonprofit focused on strengthening nonprofit leadership at the highest level — the board of directors.  Recognizing the critical partnership between boards and executives, and the impact of that partnership on overall organizational success, BoardSource helps nonprofit leaders invest in their leadership partnership by providing research, thought leadership, and practical supports that help transform board structures, dynamics, and perspectives.

Anne was appointed to her position in 2013, after having served on BoardSource’s leadership team for nearly five years. She has overseen a period of remarkable growth and change, helping BoardSource expand its leadership voice and build a scalable model of program delivery that has resulted in a more than 200 percent growth in the number of leaders served. She has played an instrumental role in the launch of several new leadership initiatives including the Stand for Your Mission campaign, which challenges board leaders to play a stronger role in advocacy and public policy.

With 20 years of executive leadership experience in the nonprofit sector, Anne has worked closely with boards of directors and volunteers in a number of national and local organizations, and has cultivated deep expertise in fundraising strategy and leveraging the board’s fundraising role. She has served on a number of advisory committees and panels, including the Commission on Accountability and Policy for Religious Organizations Panel on the Nonprofit Sector and Independent Sector’s 2014 Ethics & Accountability Advisory Committee. Under her leadership, BoardSource has been recognized as a finalist for the prestigious Drucker Prize for innovation, and named a Best Nonprofit to Work For in 2016 and 2017. Anne herself has been honored as one of The Nonprofit Times’ “Power & Influence Top 50.”

Four Questions for Nonprofit and Foundation Boards to Protect Their Organizations 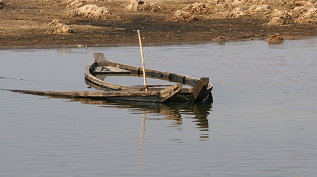 The board’s role in CEO oversight is not a straightforward or easy role to play, but it is an absolutely critical one… Read More